The photo above just sums it up really – he’s happiest when he’s a) outside and b) getting messy! Noah really loves getting his own way, his talking isn’t perfect but he’s starting to explore with words now. Whereas I thought he would start with the smaller words first like “please”, “bye”, “ta” etc he has decided it would be much more fun to say “aeroplane”, nearly say “motorbike” and he says “love you mummy or daddy”. So he has dived straight into the 3 syllables – I don’t get it! He understands me a lot more now, which is really useful, saying do you want your breakfast/lunch or dinner will make him pull out the highchair and sometimes try to climb in it, most of the time cry at me to put him in it, the crying because I haven’t done it within 1 millisecond and he’s already got impatient.

When speaking to a health visitor recently, she told me that his tantrums are due to frustration and also boredom, make sure to get him out for at least half an hour a day. The boredom will be taken care of then as he will be out and going to the park, looking at the boats or the planes and trains really entertains him. The frustration is because in Noah’s head, the toddler babble makes sense, but to me it doesn’t always – so he gets angry because he is probably thinking “Mummy why on earth are you not doing what I just said?”. I am at the stage where I really want him to get talking properly already, but I know as soon as he starts talking my opinions will soon change.

A really cute thing he has started doing over the past couple of weeks is saying MUMMY, DADDY or NANNY in a very high pitched, questioning voice – as if he is going to ask you a question. But of course all we hear thereafter is the toddler babble! It must be awful. 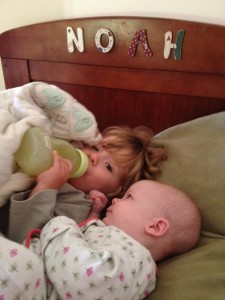 On the Noah & Isla front, they have been getting on really well – Isla will get kisses and cuddles all the time, he is really affectionate with her, which I am really happy about. But she also gets toys, blankets on her head and he tries to yank her about for a cuddle and can be a bit too boystrous, she seems to be taking it all on the chin though, thankfully.

Noah lets Isla in his bed now when we wake up, which is a big step as sharing is something that Noah isn’t particularly brilliant at, at the moment. He is getting there though – he will take things off Isla and then give them back after 5 minutes or so. I think its because he sees them as his toys, even though he doesn’t play with them anymore, he recognises them. I say that because he hasn’t tried to take her Mermaid off of her. So maybe he knows that it is a new toy and its Islas. I love watching their relationship develop – when he does start talking it will be cute as he can talk to her and make her smile and laugh… well thats what I am hoping anyway. 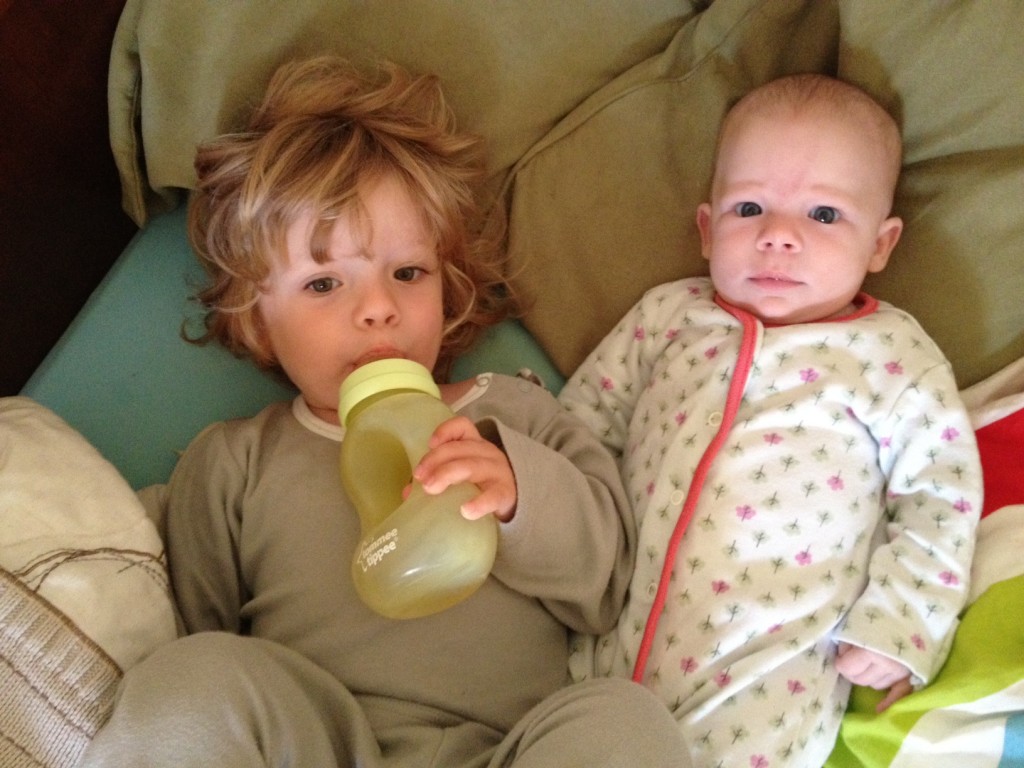 Oh Noah is still in love with Disney’s Tangled, he copies Flynn Rider – Its really funny, he has started to say “hi” because Flynn does when he first meets Rapunzel. I couldn’t resist capturing it on video. Noah copying Flynn Rider

Our little man is growing up

Our trip to Cornwall – the beach