This week Noah had loads of fun at Great Grandmas and so did Isla for that matter. Firstly Noah fed the fishes, he loves it at my grandmas because her back garden ends at the riverside – so you can walk to the bottom of the garden and feed the ducks, watch the fish and the dog walkers on the other side. Its Noahs favourite place I think – he adores feeding the ducks. The ducks were not there this week, so he had to make do with just feeding the fish in grandmas pond, which he also enjoyed. 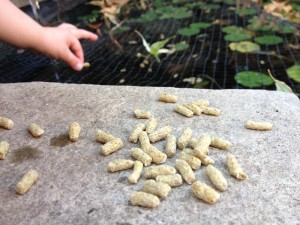 He was really good at feeding them, he picked up the individual pellets and placed them into the pond so delicately. It was quite amusing and took rather a long time, but he was enjoying himself, so what the hey! The fish were hiding at the back of the pond though, I don’t think they liked the look of his little toddler fingers at the edge of the pond. 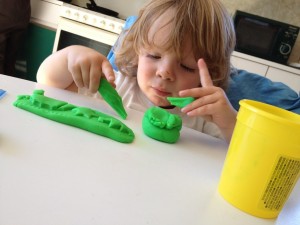 We then played with the Playdoh for a little while, we have played with it once before and he didn’t eat it – so I was confident he wouldn’t eat it this time and he didn’t. We were squishing it between our fingers, rolling sausages and grandma had a stencil that we used on it and made star shapes and Christmas trees etc… Yes I know its not Christmas for a while – but he didn’t know! 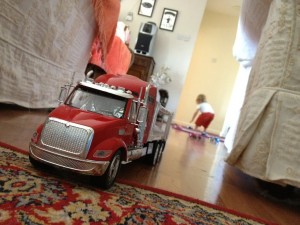 Grandma had brought Noah a new lorry, which had 8 cars that came on it and the lorry transports the cars to various locations. Or to a toddler, the “Lol lol” as Noah pronounces lorry at the moment, is thrown across the room with the cars going flying – its great fun. Then you pile them on to the lorry again and it starts all over. His face was literally saying “I’m concentrating, leave me alone” when he was trying to place the cars on to the back of the lorry. 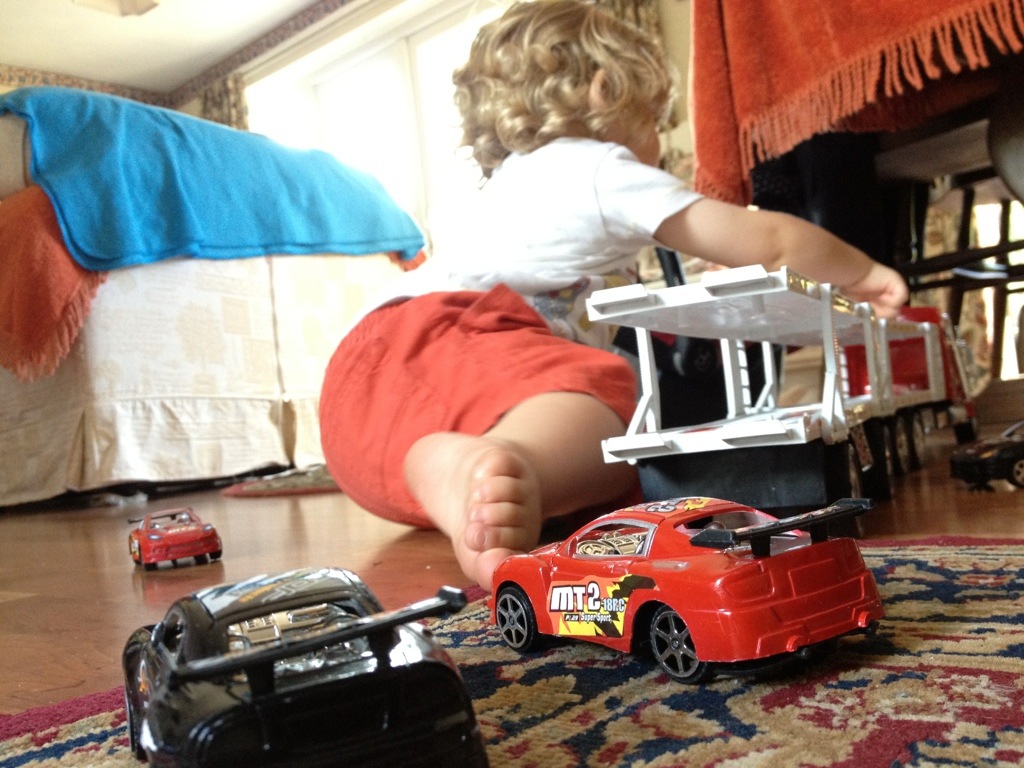 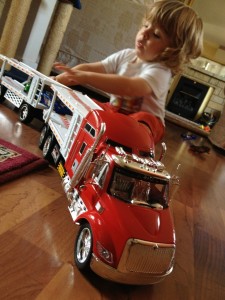 I do wonder what goes through his little head when he is playing with his toys, whether he is thinking of actual scenarios, whether the cars talk to eachother – the kind of things he will be doing in a year or so I suppose. I used to play with lego and they would talk to eachother, I would play for hours with the red talking to the blue, building schools and homes for them to live in. My imagination was wild as a child, I wonder if Noah’s will be the same. He seems to be quite creative from the chances we have had to see his creative side, time will tell. 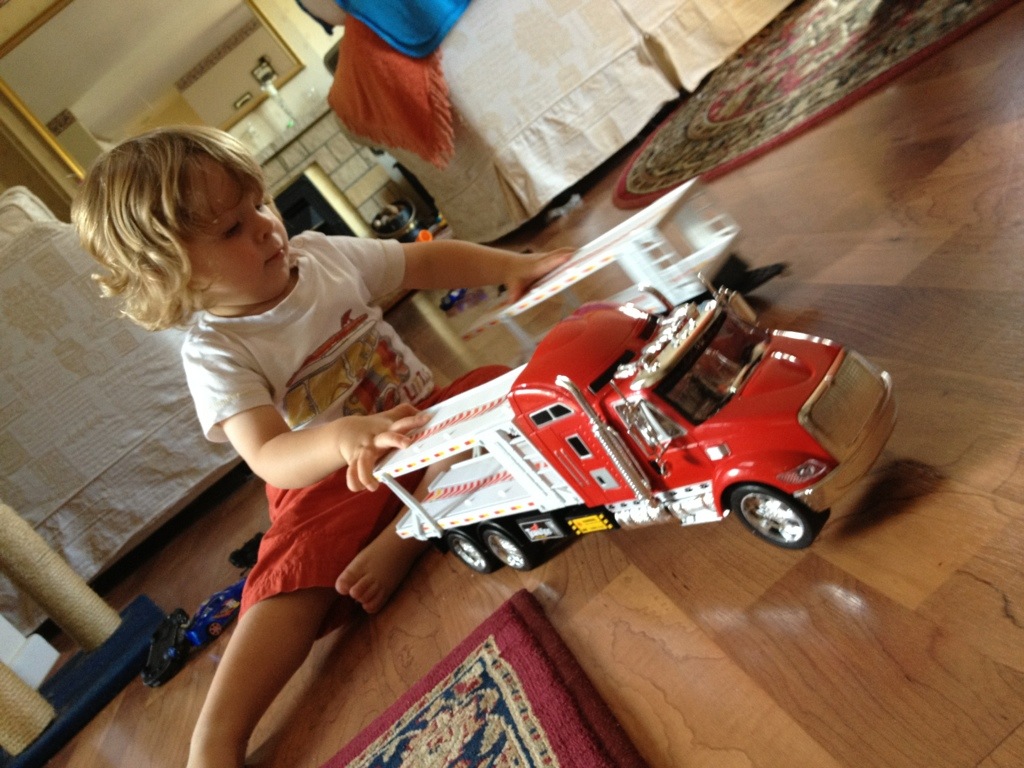 This has been the most stressful week for parenting!