65 13
Open
As part of our #LittleExplorers weekend in London,

I subscribe to emails from babycenter and it is really amazing, just how accurate their emails are: for example the most recent email I have been sent was discussing Resistance and babycenter have done it again – bang on accuracy! All Noah says at the moment is “NO”! 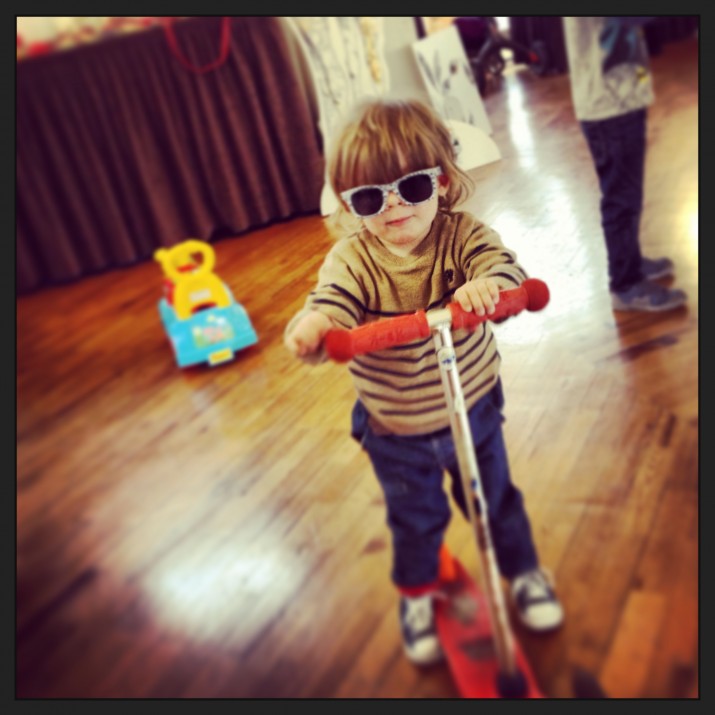 The main concern I have with my little man at the moment is that when he says “No” and I try to coax him into actually doing what he is saying no about, it ends in meltdown. This really isn’t good when you are in a public place, for instance, the next blogger event at London Zoo last week, when Noah was told to get off the scooter, which he of course said no to, we have tears/screams and lots of loud noises coming from his general direction whilst he had his paddy. He soon forgot about it, well until he got home to his own Micro scooter of course!

babycenter say that a 2 year old refusing, is just because they can, they have learnt this new technique of refusing things and they are going to practice and practice with it.

“They’ve just found out that they have a will, and they want to exercise it,” explains Susanne Denham, professor of developmental psychology at George Mason University and author of Emotional Development in Young Children.

It really is quite amazing, when you think about how they are learning and picking things up from us, parents, we are always telling them no, usually for their own safety and they are just copying us and throwing it right back at us. babycenter have some great advice:

What you can do

Offer choices. Offering a limited choice is one good way to avoid a showdown with your toddler. “Do you want to wear the white shoes or the red shoes today?”, “Do you want juice or milk?” or “Do you want to put away your blocks or your cuddly toys?” Two choices are enough at this stage, and this technique can be used for everything from getting dressed to solving playdate disputes: “Do you want to play nicely with Josh, or do you want to play by yourself?”

Counting sometimes works with an indecisive 2-year-old: “I’m going to count to ten and then you choose, or I’ll choose for you.” Chances are your child will make up his mind pretty quickly once you start the countdown. Be careful to use this technique only as a last resort, though, because it loses its power if you use it too often.

Offer the appearance of options. To make this work, you have to keep two important facts in your mind: you know more than your toddler does and virtually everything can be turned into a choice. Try saying, “Do you want to get out of the car now or play for two minutes and then get out of the car?” Either way, she gets out of the car. Or say, “Do you want to put your jumper on back to front or the right way round?” You both know she’s probably not going to put her jumper on back to front, but what you’re doing here is using humour to break the deadlock. Either way, she thinks she has a choice.

Teach your child other responses. One of the reasons toddlers say “no” so much is they don’t know very many words. Your toddler might be fond of “no” partly because she constantly hears the word directed at her. If that’s the case, try to cut back on your own use of the word and use alternatives to “no” whenever possible. One tactic is to replace the word with other phrases more specific to the situation in hand, for example, “It’s not safe to play on the stairs. Let’s play with your ball instead,” “We don’t hit the cat,” or “Use your indoor voice, please.”

You can make a “no” response less automatic (and maybe even get a “yes”!) if you set up a situation in advance with a silly question: “What would a bird say if you said, ‘Mr. Bird, would you like a worm?'” When your toddler responds with, “Yes!” you follow up with: “And what would you say if I asked you if you’d like some eggy toast?” With any luck, your toddler will be giggling too much to refuse the eggy toast.

Stand your ground. There will be times when, despite your best efforts to avoid or distract, you end up in a showdown with your toddler. If she stops in the middle of the road and refuses to move, for example, you’ll move her pretty quickly. But safety concerns aren’t the only reason to be firm. Your toddler has a will of her own, but if she gets to exert it too much things will get out of hand.

It’s perfectly appropriate at times to say, “I’m sorry, but this is the way it’s going to be.” You might even pull rank: “I’m the mummy, that’s why.”

I am definitely going to attempt some of these options above, but I really cannot see Noah understanding the “stand your ground” parts – but maybe that is because I am underestimating him. He is a bright little man and I am very sure he knows a lot more than I think he does – or that he is letting on…