We had a nice chilled weekend because Mummy was poorly; nasty stomach bug that took her out of action for 48 hours and Daddy had fun with Noah and the doggies.

Noah’s auntie Becky came to play and as you can see caused havoc with all of his toys, Noah loves playing in his tunnel and circus tent – peekaboo being one of his favourite games. 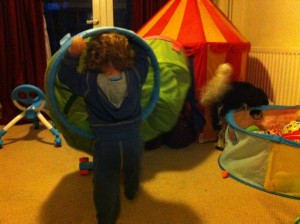 After taking Snoopy, the Cockerspaniel and Rambo, the Jack Russell to the vets on Saturday morning (well Daddy did) we were told to shave snoopy’s ears to get some more air and freedom to them. We managed to finish him off today: grade 0 on ears and 2 everywhere else! Poor Poops… 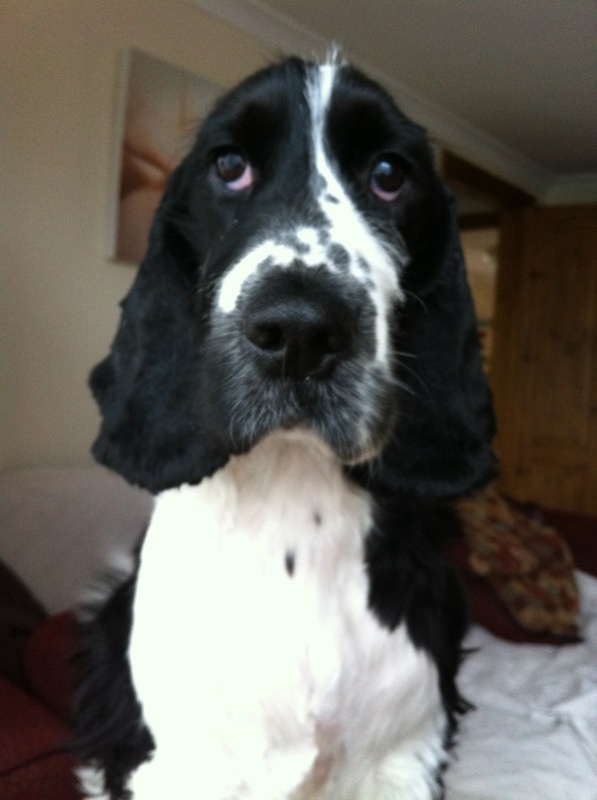 Noah has been practising his new games this weekend too; peekaboo (hiding behind his hands), where is your “body part”? He’s learnt nose, ears, belly, foot and of course dinky so far, hide & seek – consisting of hiding behind curtains and the most popular which I can’t really explain very well, is the Noah stare game! He looks at you, finds his stance and then looks away, slowly turning is head back around to looking at you again and giggles his head off. He looks so funny when he does it, i’m going to try and get it on video.

Well 16 months and 2 weeks in, who would have thought he could still be amazing us the ways he does! Life without the little people would be so dull and boring.

The 2 and a half year check

Noah and the Guinea pigs