Snoopy, our very snuggly Cocker Spaniel has the largest and floppiest ears I have ever seen on a Cocker Spaniel. It was cute for the first 18 months of his life, but as they got larger, they got heavier. Don’t get me wrong they are still cute, but have been a huge maintenance on our part, the vets part and poor Snoopy. It’s not something you think about when you get a dog, but big and heavy ears can be very painful.

Having big ears meant that Snoopy basically contracted ear infections one after the other, from the age of about two years old until last week! That’s basically five years. Over the years we have tried different technics but he would never be three months without an infection. He had tests on the bacteria which identified what medication to use to get rid of the infection. He would need steroids to be able to get the swelling down and then medication for the pain relief too.

We had to clean his ears daily, which included using a baby wipe to clear the ear of thick ear wax and then use iodine to clean the skin surface of his ears. Then cotton buds to scrap out the thick, tar like, wax from around his ears. If the ear canal was not swollen (which wasn’t very often) then we could use a cotton bud to clear wax from around the ear canal too. The thick wax (which was a very dark brown) used to build up on and around his ear canal. It was when that wax built up that bacteria would breed and within 24/48 hours his ear would have a loose, light brown, gunk coming from the ear canal. This would cause Snoopy so much distress that he would scratch his ears and walk with his head tilted to one side.

The reason the bacteria could breed so quickly, is due to the heavy ears and also the fact his ear canal was not wide enough. This meant there was no circulation in his ears at all. The advice we received from the vet 12 months ago was to have an operation in both ears, the operation was to remove his ear canal completely which means there is a 0% chance of an infection starting. It took us 12 months to decide to have the operation because it is such a huge decision. But after daily cleaning routines that cause Snoopy pain, him constantly going to the vets for pain relief and just constantly walking around with sore ears, it made sense to go with the operation.

He had the first ear done at the beginning of October and he had his second ear done this week. The operation is called an aural ablation or TECA (Total Ear Canal Ablation). It has cost over £1,500 for both ears, which should be covered by most pet insurances. 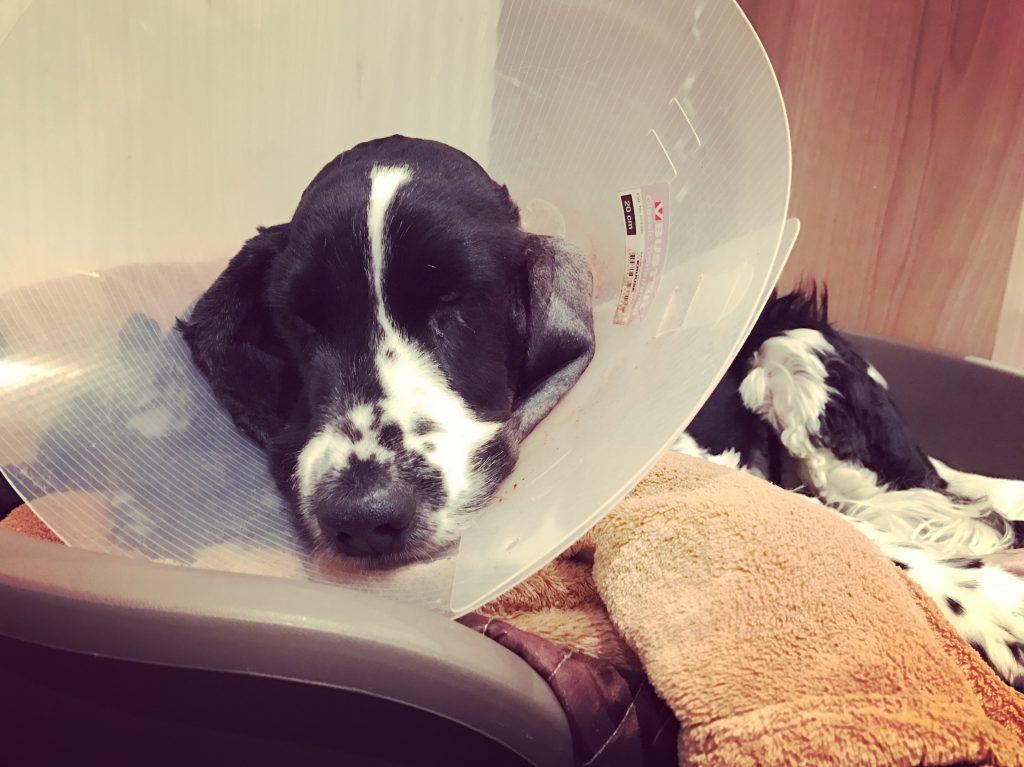 He had to stay in the vets overnight because of the anaesthetic and they made sure that Snoopy could eat and poop again the next morning. He came home with the cone of shame on so he couldn’t scratch the stitches out of his ear and he also had a drain coming out of a hole in his neck. This drain was to get rid of any blood and infection gunk. Yuck! But it’s better to be out than causing problems in. After three days the drain is simply pulled out by the vet and he then has a further seven days with the stitches left in.

He basically has stitched up ears. He has his flappy ears that hang down still, like any normal dog, but when you lift the flaps up he has no ear holes. It is literally sewn up. This made me feel dreadful when I realised what had happened the first time around. The vet described his hearing as if you put your fingers in your ears. He still has his hearing organ. So he can hear muffled sounds and noises. So when you shout Snoopy he looks up but not always at you. At the moment it is still very swollen so that might be causing confusion.

He seems a lot happier now albeit a bit drowsy and dazed from the operation itself. It will be nice for him not to have us prodding his ears everyday and needing pain relief all the time because of the infections. Time will tell if he is happier in general. The vet said that all other dogs he has performed this operation on have led much happier lives thereafter. The vet also said the anatomy of Snoopy’s ears are the worst he’s seen – so the operation was definitely the way forward. 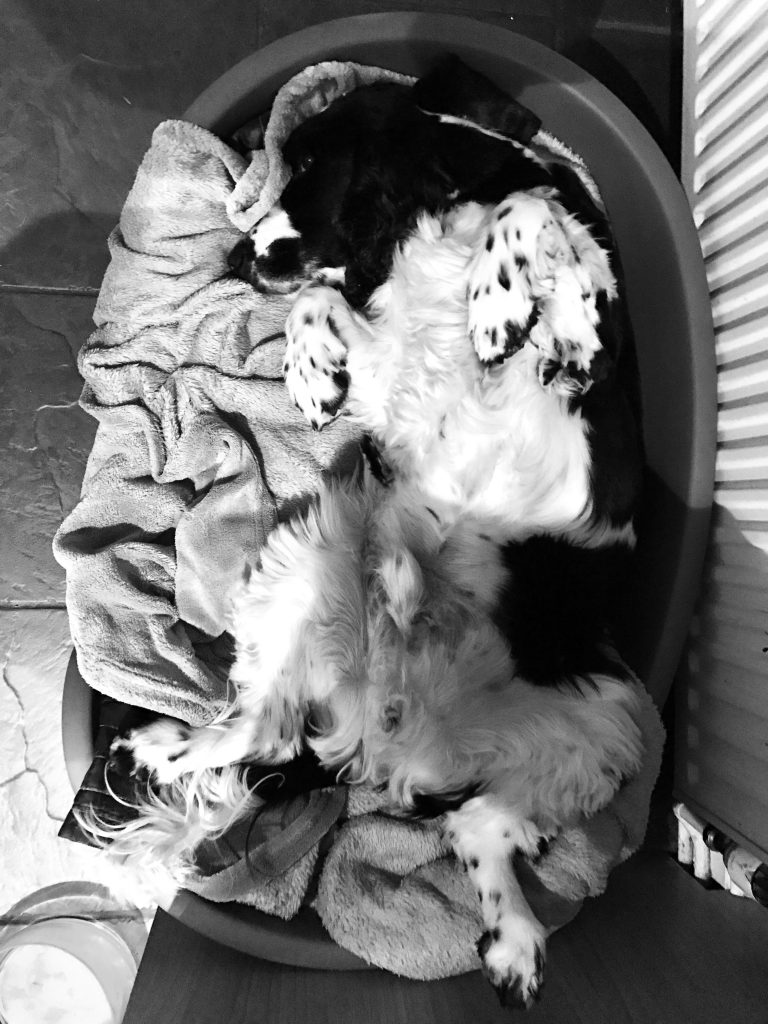 Why you should use Stay, Play & Explore with the family

Our first steps to finding our family home

Country Kids – Learning in the city

Family time and outdoor fun in our local park