113 27
Open
As part of our #LittleExplorers weekend in London,

This weekend we had so much fun at Undley farm near Lakenheath. Admittedly, it was quite a drive but it was worth it as the children had so much fun. I have wanted to go pumpkin picking for such a long time, but we have never made it. So this year I made an effort to make sure we went. Especially because a field of Pumpkins makes a great photo!

After we chose the perfect pumpkins to bring home and carve, the children burnt off some steam in the hay bales. They loved it. A lot of children swarmed over to hay bales, it was like moths to a flame. They were free to play on too. I think my Sister and I stood around for at least 2 hours overall, whilst the children played in the hay. I love seeing them playing happily, care free and a little mischievous. They have been bickering a lot lately, getting them out in the fresh air helps with this. 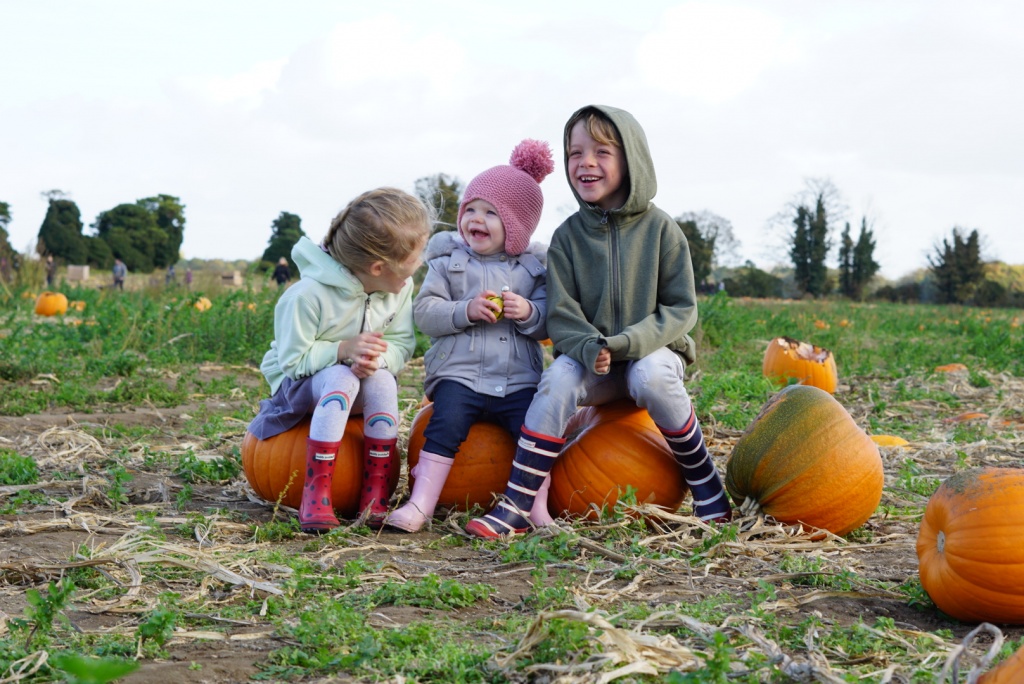 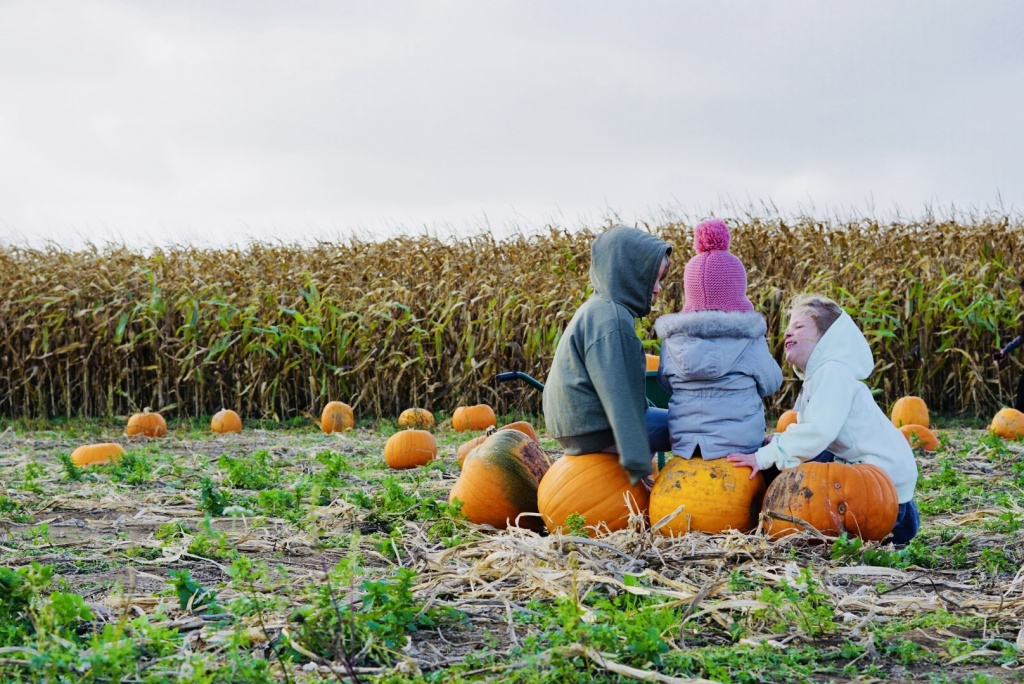 After we had some cinnamon doughnuts and a hot chocolate (they were amazing), we walked around the maize maze. Such a great idea. We loved it too. The children pretended the long shards of maize were swords and dragons. They had a great time having sword battles and then Isla pretended it was her pet dragon. They discovered the dried out corn in amongst the branches. Isla had lots of fun pulling the wrapping off the corn to discover what was inside. She was amazed. 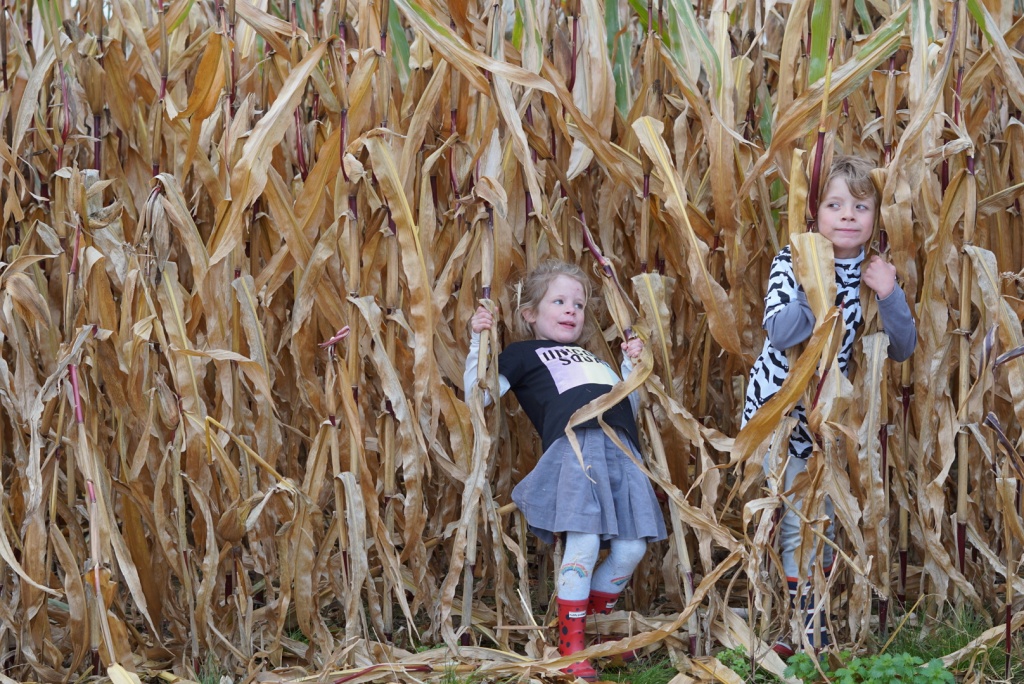 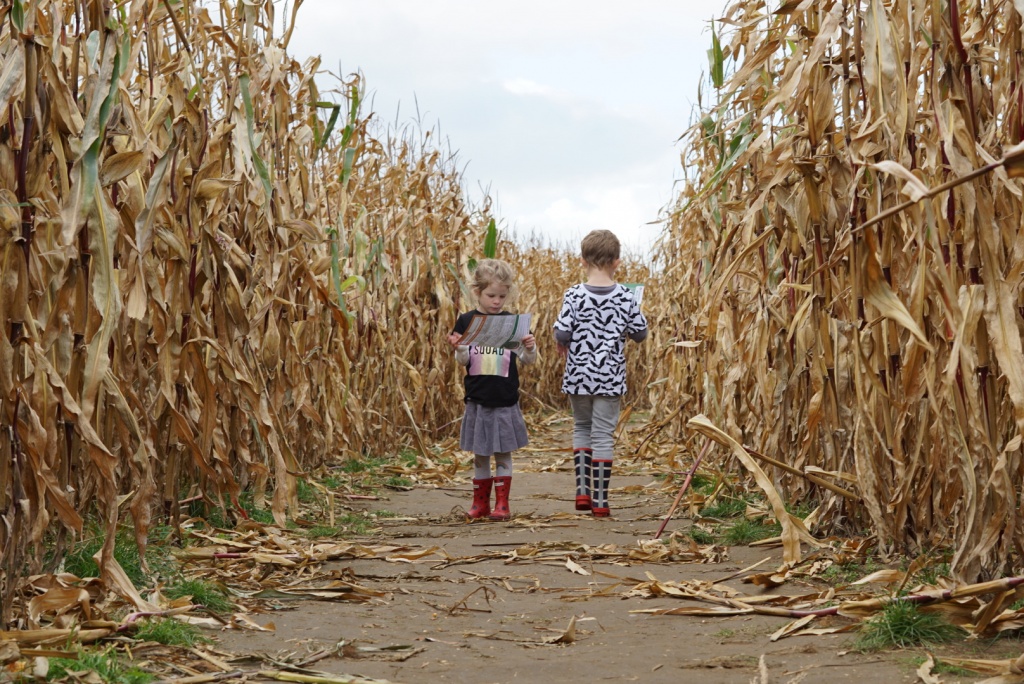 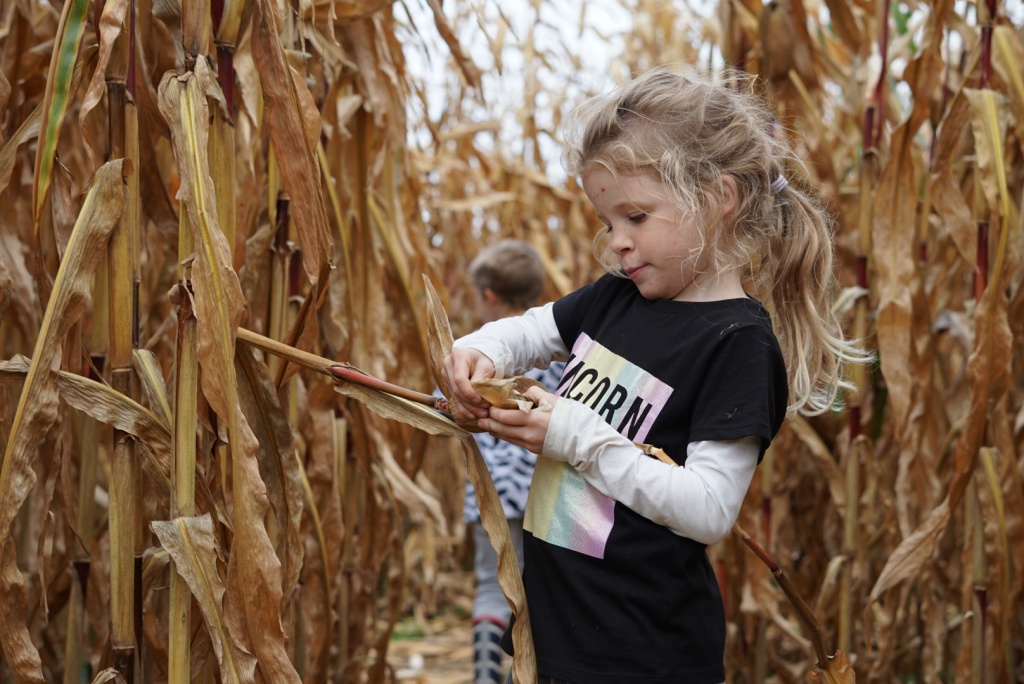 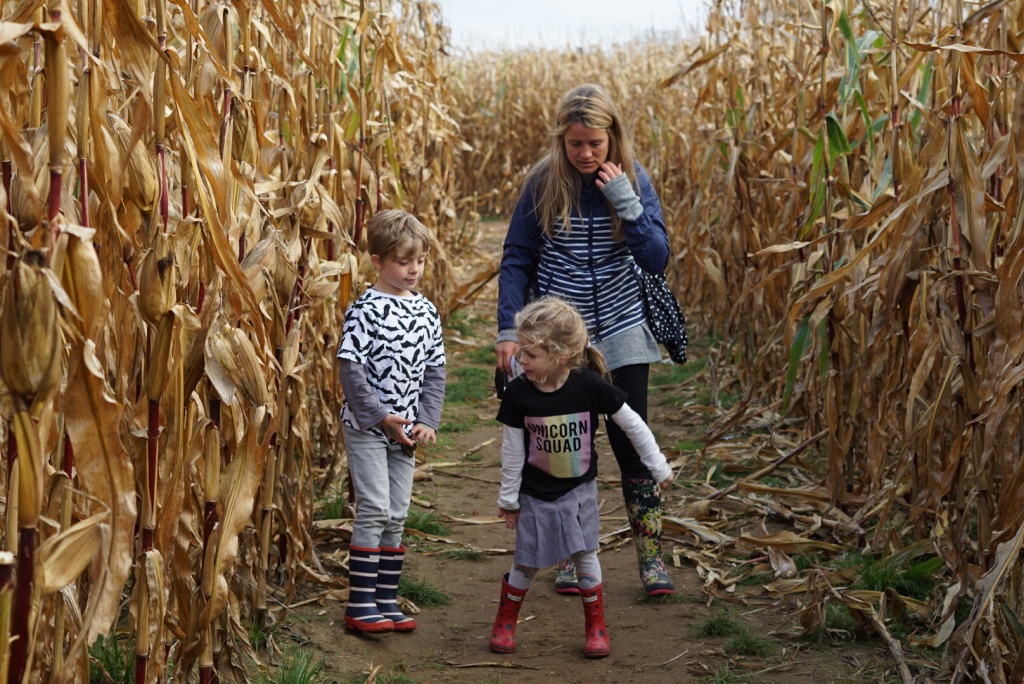 The maze had a lot of locations marked on a map that we had to find and then answer the quiz on the back of the sheet. We managed to find all 10 spots and I knew where we had to go. Thankfully reading a map is one of my strengths. Otherwise I fear we would have been wondering around the corridors of yellow for a rather long time. The maze took us about 45 minutes to complete. It was a lot of fun. 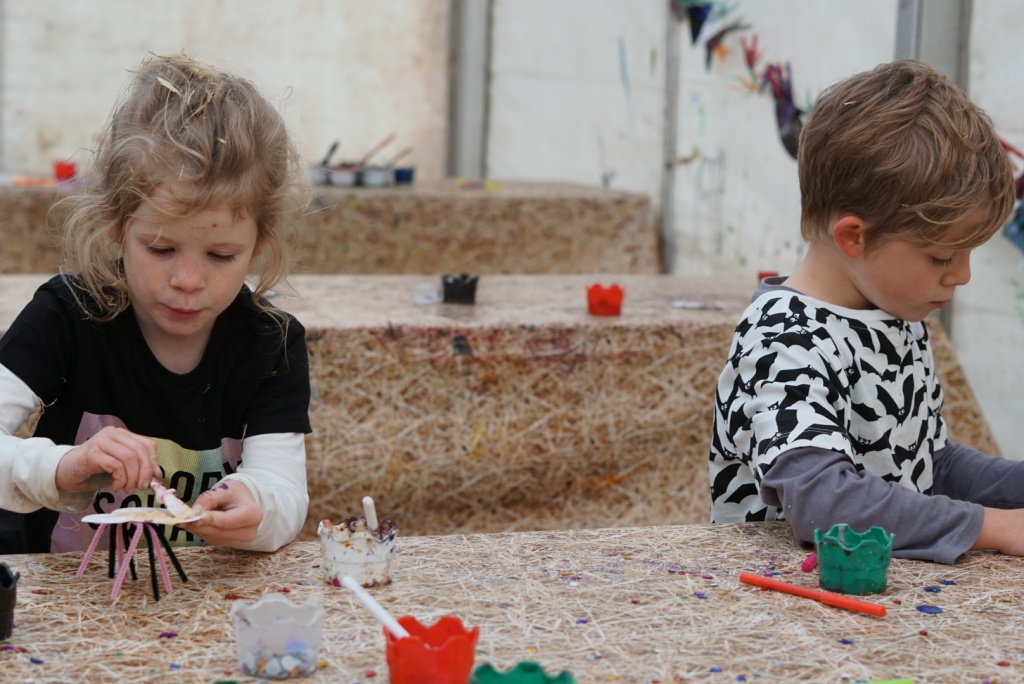 After this the children went back to the hay bales and then onto the inflatable assault course. It was great fun. 10 minutes to complete the course as many times as they can. They ran together and came charging over the finishing line every time. After this we had a little quiet time in the craft tent, the children decorated spiders with glitter and sequins. 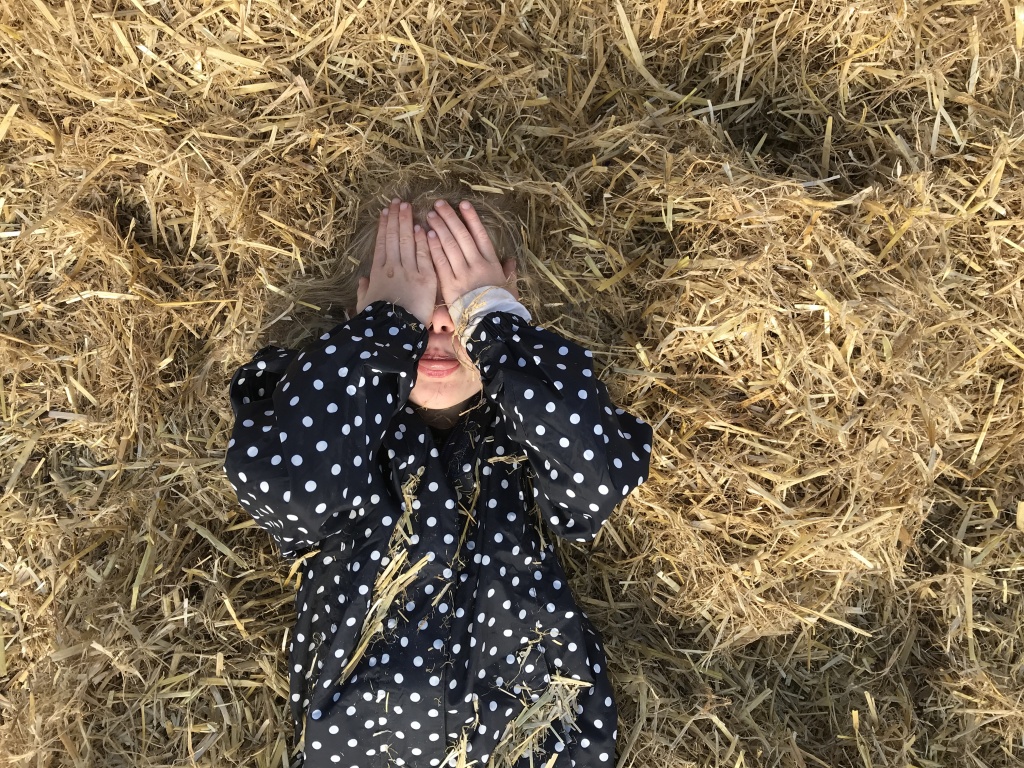 It was a nice occasion to get the cousins together and pick some pumpkins. The children had a lot of fun and it was nice to do something different. It was also nice to get some lovely photos in the pumpkin fields. The things we do for photos!

The little adventures of Scruff from St Neots #TeamScruff

Please can I be a #QHotelsFamilyAmbassador?

How to make sure your holiday goes smoothly