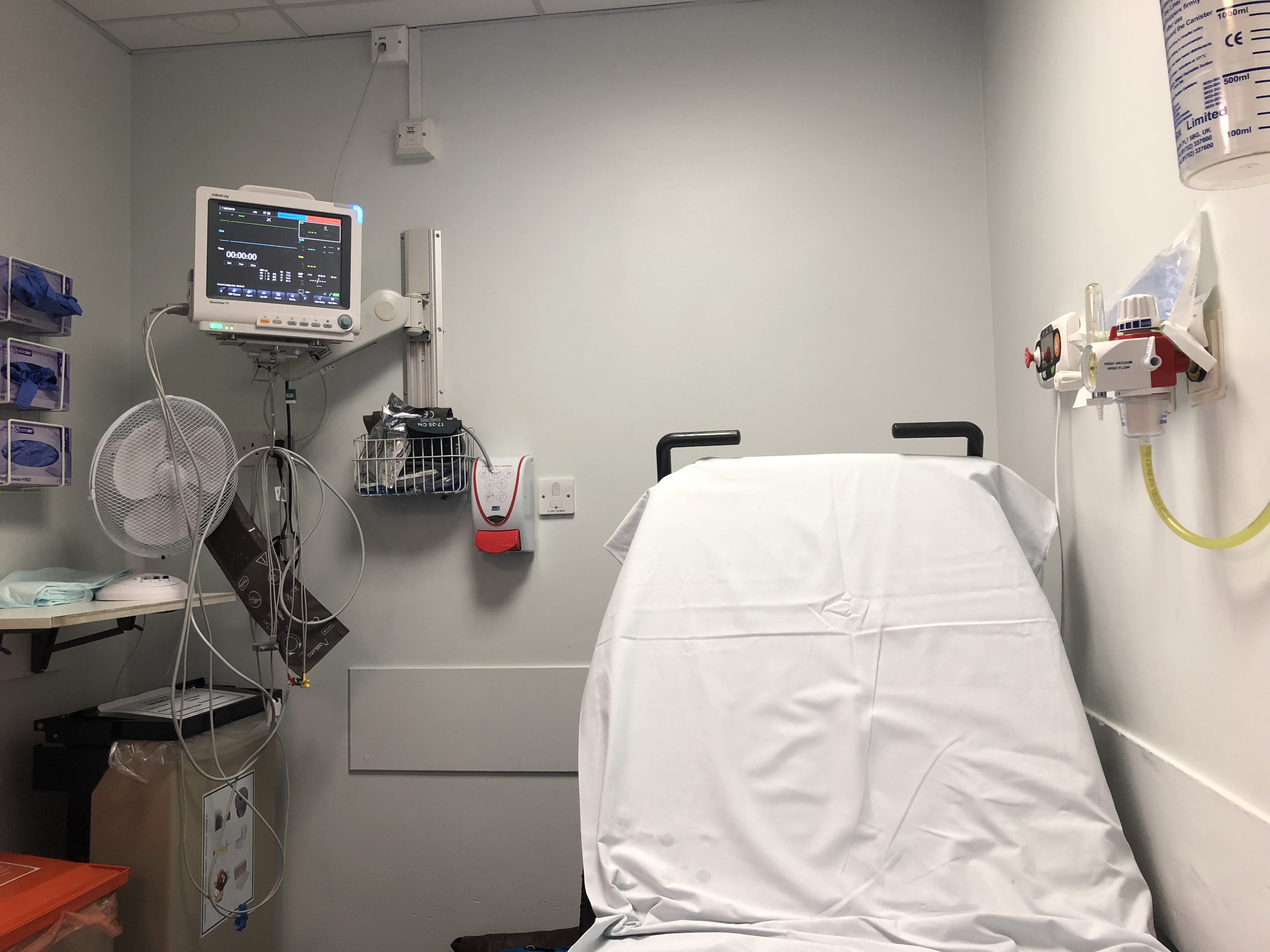 Today was the scariest day of my life. This photo is of our bay in A&E when Hubby had been taken for a CT scan. It all started at 2:45pm, when Hubby text me to say he loves me, then he felt ill, then to call his colleague, Daisy, immediately. By 3pm I had read the messages and called his mobile, as I didn’t understand why he was asking me to call Daisy – I thought he was being silly. Dean didn’t answer! It was the first aider on call, Emma. All I remember her saying is that she was with Dean, he was conscious and talking but they have called for an ambulance. I can’t remember anything else apart from feeling like I was going to be sick. She asked me to come to his work, so I took off for his work. I then spoke to Daisy, who told me a bit more about what happened and that the ambulance was taking him to hospital so that I should go there.

He had gone a little lightheaded, he had a throbbing pain in his temple on the right hand side which went down to his jaw. He couldn’t articulate his words or move his mouth enough to talk properly. He felt weak and disoriented. I just cried. The whole 30 minutes drive all I could do was cry. How many questions floated through my head I will not be able to remember, but I was scared and I was sad.

I got to A&E and he was being wheeled into his bay by the paramedics. As soon as I saw him the tears stopped and I changed, like I had gone in to “be strong mode”. Very peculiar feeling. I found him and sat there for a moment whilst the doctors and nurses hooked him up to the machines and asked him questions. It was then I realised he wasn’t normal. He couldn’t talk properly, it was as if he had been put on slow-mo mode. You could see him struggling to think of what words he needed for the answers and you could also see that his mouth wasn’t moving like he would normally. I did think at that moment he would be like that now forever. As I did think he had had a stroke.

They did lots of tests in A&E: Blood, ECG, CT Scan and monitored his HR etc. They were concerned his HR was too slow at first but when I explained how fit he was they were impressed. His resting HR was around 45/50, which is just crazy. His CT scan came back fine, his bloods were fine and the ECG was also fine. Which was great. It was around 5:45pm now.

It was about that time that the movement in his face came back, his mouth seemed to ease up and he was able to talk quicker and put more words together again. By 6:30pm he seemed to be back to himself. He said the sharp pain in his head had gone by then too. Which was great. He was discharged and referred to the TIA clinic. He was told he couldn’t drive home and that he needed to take it easy for the next 48 hours as he is at a higher risk of having a stroke.

We didn’t know what a TIA was at that point. It’s only when we did a quick Google that we learnt it was a mini-stroke! It has the symptoms of a stroke but without the lasting effects that a stroke can have. But, he appears to be back to his normal self. Bright, funny and smiling. Which is just great news.