This weekend wasn’t the greatest forecast, so when Daddy went to photograph the wedding, me & the kids went out for a walk with Nanny & Grandad to the town to buy some bread to feed the duckies at the park. Isla really took interest in them this week and she was eager to help, by eating the bread herself! 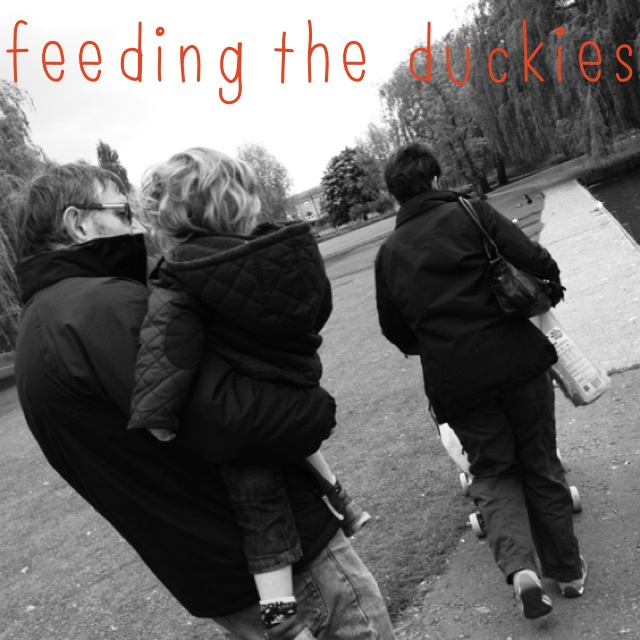 Noah loves feeding the ducks, every opportunity he can, he will. Including Wednesdays when we spend the day at my Grandmas and we stand at the end of the garden. It is nice to have that interaction with the animals and wildlife so freely. There was a rather hungry (greedy) swan at the park this weekend though and he was eating out of Grandad’s hand at one point. It was great fun and Noah was enjoying himself. 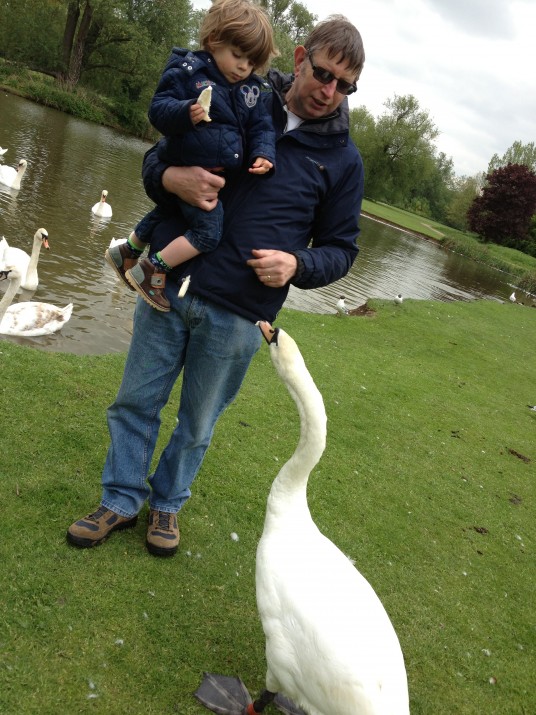 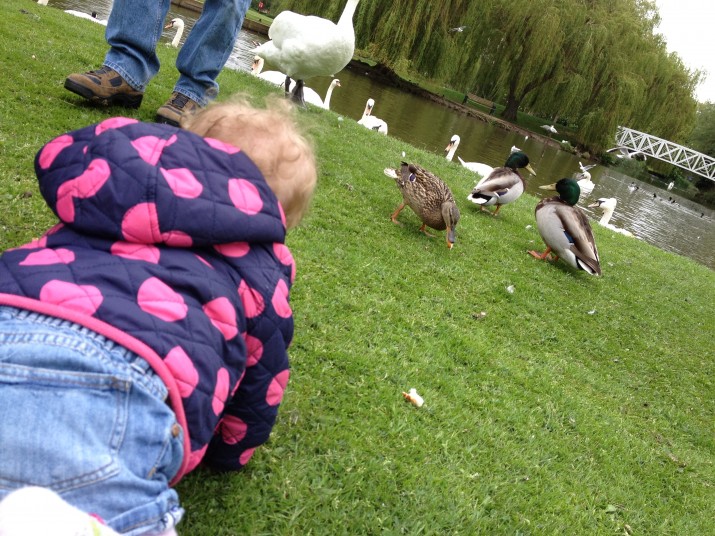 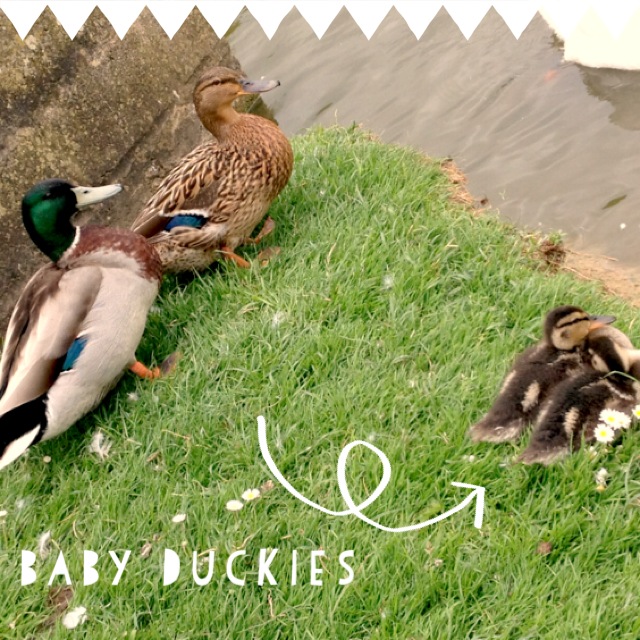 There were some little ducklings sitting watching the pond with Mummy & Daddy, they were so cute. I wanted to cuddle them, but obviously we didn’t. Thankfully Noah isn’t too bothered about the baby duckies just yet – so they are safe.

After duckie time we had a little go on the swings and Isla had her fun whilst Noah climbed the climbing frame. 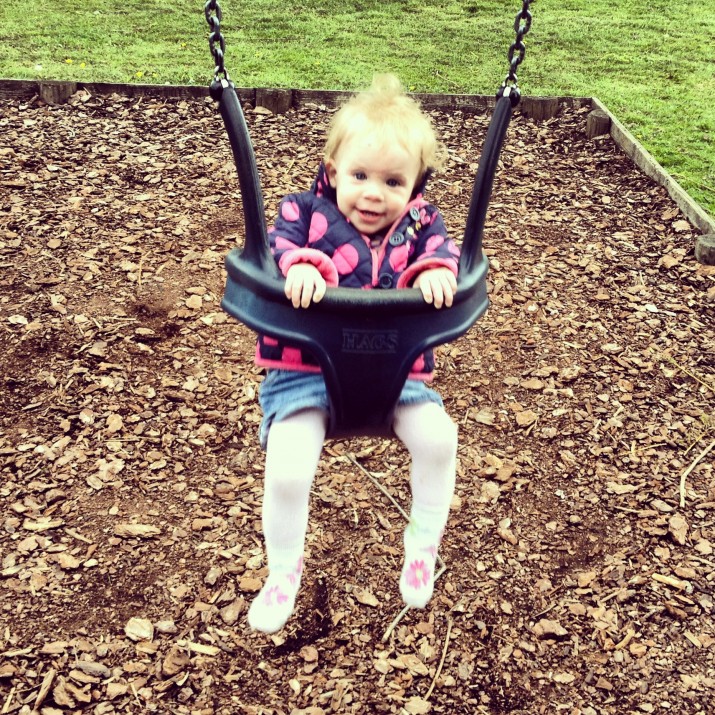 The flipping stupid chinese whispers about the girl!