121 27
Open
As part of our #LittleExplorers weekend in London,

Quaker Oats recently sent us some fabulous oats, some of which had been all the way to space and back. We love porridge for breakfast, you can do a lot with it too. Like adding fruit or baking the oats to make breakfast flapjacks. One thing I love doing at the moment is making overnight oats, they are so easy to make and they taste gorgeous straight from the fridge. Perfect for the dash to work or before the school run.

So you may be wondering why the blog title is including the word “oater”, obviously its a play on words. But there is another reason too: Quaker Oats sent us some packets that had been to space. In an actual spaceship! As Noah pointed out.  They loved looking at the oater space packaging and I had to tell them all about Buzz Aldrin. They thought the fact his name was Buzz was brilliant, as they love Toy Story. Buzz had enjoyed a breakfast of porridge the morning of his moon walk during the Apollo 11 mission. How incredible is that? The reason Quaker Oats sent the oats into space is because Buzz became the second human to set foot on the surface of the moon and he did it after a enjoying a bowl of Quaker Oats porridge.

You can see more about Buzz Aldrin and Quaker Oats here:

When having a bowl of porridge, in whatever format, for breakfast I literally get through until lunchtime without nibbling on those sugary snacks. It is the perfect breakfast to help me feel satisfied and also warm, important with these frosts. The children love it too, so that’s a bonus. I always put a little honey in their porridge as it helps to fight off those sore throats and coughs. Quaker Oats shared some fantastic space inspired recipes and I chose my favourite one to share with you below:

You could also use a large disposable piping bag with the end snipped to approx 1/2 cm to create the spiral.
After a bowl full of porridge I feel ready. Ready to kick off the day and it’s one less thing that I have to worry about. I don’t know about you, but when I am hungry I cannot concentrate as my mind is always going back to my hungry tummy. After a bowl of porridge I can concentrate on what is ahead, right up until lunchtime. As a result of having the  Galactic swirl porridge for breakfast last week, I managed to do a lot. Not what I had planned for my day, but that’s another story. I got home from the school run and caught up with Call the Midwife and then I spent an hour moving a book case from the hall way to the lounge. Not only did I have to move it, but I broke the foot in the process and had to hammer it all back together. After half an hour I managed to fix it, I was really happy with myself. I sorted the books and paperwork that had been sitting around for years and the bookcase looked really tidy. It was a successful morning. I got finished around 1pm, when I thought it was time to get some lunch. It’s amazing what a bowl of porridge can fuel! 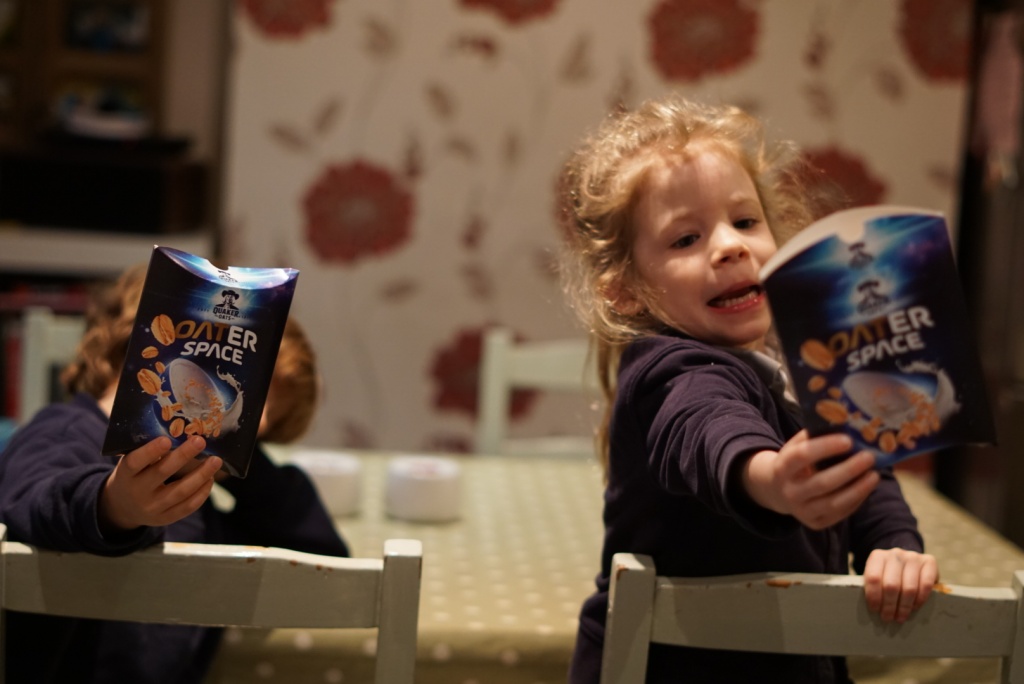 How to make an award winning Waffle tastic breakfast!