Noah absolutely loves his tractors at the moment and luckily for him Tomy have released the Britains Big Farm Range, including remote control tractors and the new 1:16 scale John Deere Tractors.

We were sent one of the new Big Farm Tractors and it is a life like, John Deere 6210R Tractor that is scaled down to toddler sized hands.

Noah cried so much when he saw this sitting in its box, in the dining room. I was going to hide it away for his birthday but I didn’t make it that far! He wanted it there and then and has been in love with it ever since. Now the tractor does have 3+ on the box, and I know Noah has only just turned 2, but the smaller parts that came with the tractor, that were loose, I haven’t attached. So there is nothing on the tractor that would be deemed unsafe for him to play with. 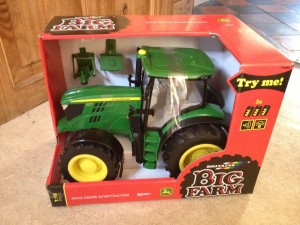 It has cab lights, makes an engine noise and a reversing noise with 2 very well hidden buttons on the roof. It was one of those situations where Noah found them before I did. I am sure that will happen many more times over the years, I am usually pretty on the ball with things like that too! The tractor has active steering, a detachable cab, an opening bonnet, a height adjustable rear hitch and realistic tyres. It’s really great watching him play with it and steering it around the lounge, he has a farmer figurine that oftens gets put in the cab and he loves telling us “farmer, in tractor”. He’s very sweet and you can see how much he loves it. 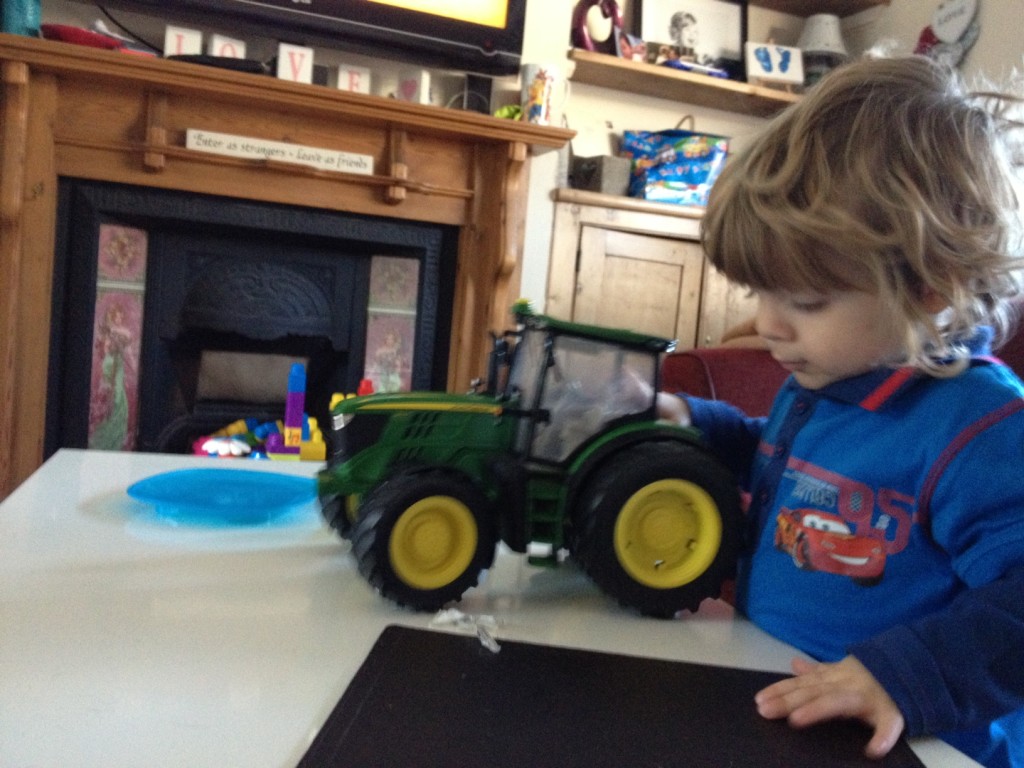 You can see the full range of TOMY’s Britains Big Farm on the TOMY website: http://www.tomy.co.uk/ENG/PRODUCTLIST/%20BRITAINSBIGFARM.

Hunt the double Yolker with Haribo

The joy of staycationing: Reasons why we love holidays at home

How to become a professional Florist

Build-a-Bear Workshop with the tots