A little thoughtful hug in a box that means a lot 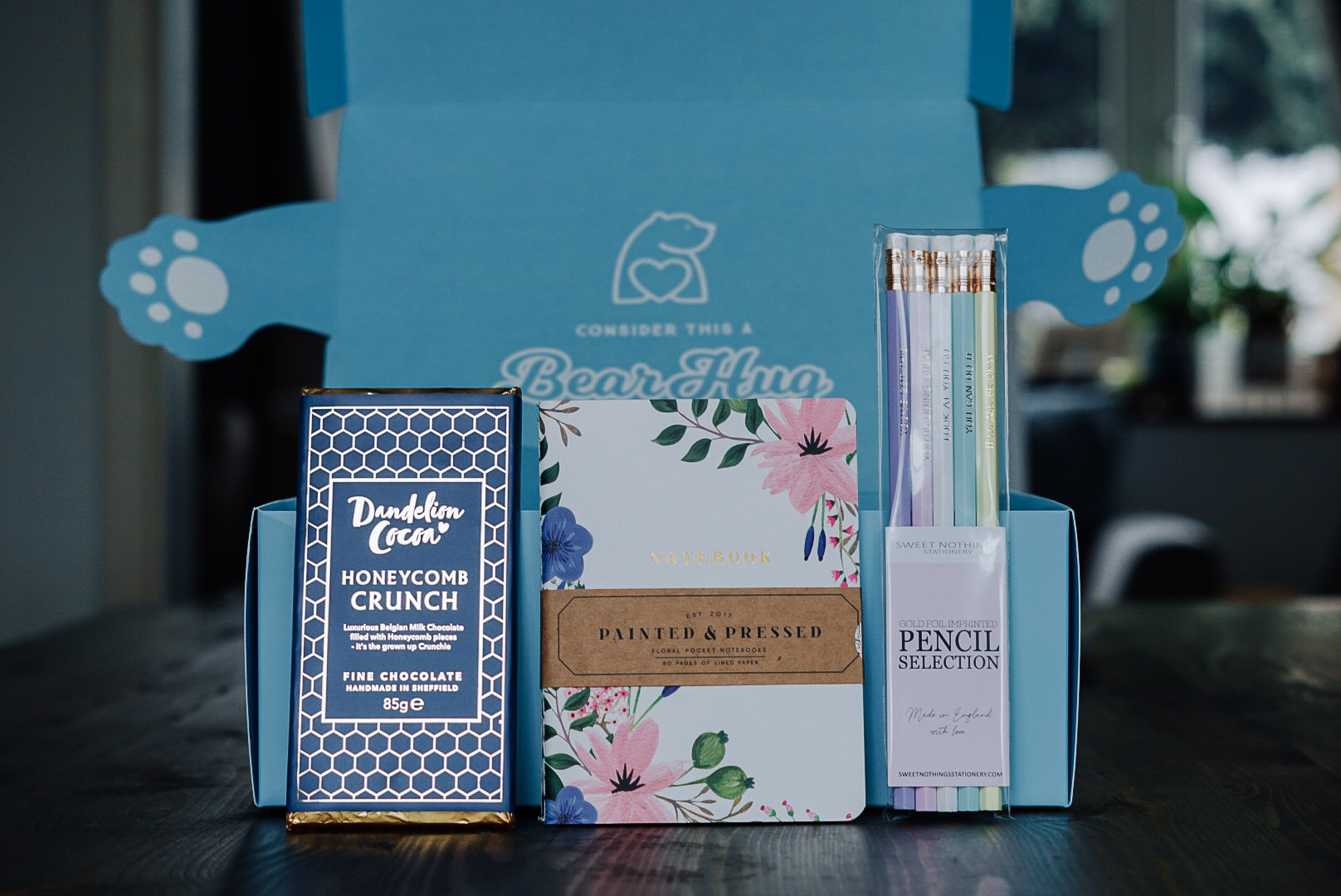 It’s that time of year – everyone is thinking about Christmas but I think it’s just as important to think about the right now too. Sometimes it’s nice to receive a gift because it is thoughtful. The right moment. Not just because tradition dictates we should give a gift. If you see what I mean. I love Christmas and birthday’s do not get me wrong – but I love surprising people and being kind too. So a hug in a box seemed like the perfect idea.

I love a random act of kindness. Sometimes it’s just a card with some thoughtful words. Or a text message with a smiley emoji. Sometimes it’s a phone call to say “Just checking in with you”. You never know what is going on in someone else’s world. I recently discovered BearHugs and I thought it was a brilliant idea.

I received a lovely Hug in a Box gift from BearHugs. A tasty bar of Honeycomb Crunch and a notepad and pencils. It’s a great little box of mindfulness.

There is nothing better than taking half an hour out, with a hot cup of tea and eating the chocolate. Whilst doodling in the notepad. It’s such a pretty little notepad.

Did you know that doodling can help to relieve stress. It helps the mind to unwind! I often doodle when I am in long meetings, it’s a natural thing I do but it does help me to listen. I seem to take in what is being said more. It’s amazing really, as you would think that you are not concentrating as much because you are doodling.

These gift boxes are also a great idea for Christmas presents. If you have a relative that lives far away, that you are not going to see over the Christmas period or a friend that lives far away. Sometimes you cannot make time to see everyone and these are a great way of showing that they are still in your thoughts at this festive time of year.

Who would you send your hug in a box to? Which one would you choose? I chose to send a Cupcake in a box to my Uncle. As he lives 90 miles away and I do not see him very often. He said it was a lovely surprise. It was nice because it sparked a very long phone conversation – which was just lovely.

Tips for keeping the family safe on the road this Winter

How to choose a fabric for your sewing project?

How to prepare your family for unexpected financial problems