View
492 36
Open
Today was chilled and productive, which is always

View
510 32
Open
These guys have grown up so much during lockdown.

Noah & Isla were sent some fabulous products from the Disney Store to celebrate their favourite Disney Jr show; Puppy Dog Pals. We love that show. I asked the kiddies some fun questions about what the dogs get up to when we are at school and their response was hilarious.

The show is based on two main characters: Bingo and Rolly. They are pug puppies and brothers, Bingo is the oldest and the boss! When their owner, Bob, leaves the house Bingo and Rolly go on super adventures around their neighbourhood and the world. They have a cat sister called Hissy and a robot dog, who Bob invented, called A.R.F. You can catch up with all of their adventures on Disney Jr, on Sky demand too!

It’s very similar to our house as we have two dogs and a cat: Rambo (Jack Russell), Rocky (Tabby cat) and Snoopy (Cockerspaniel). You can watch the video of Noah & Isla answering questions about our dogs below, it is really funny:

What do our dogs get up to when we are not home?

When I asked the kids, in the video above, what they think the dogs get up to when we are not home. I wasn’t expecting the answer. I couldn’t stop giggling. They think Rambo is the boss, although Isla is convinced Snoopy is really the boss. I asked them what job Rambo had as the boss, Noah came out with “President of the dogs”. He makes important decisions about who wins the dog football league and gives out the dance medals. I couldn’t have predicted that response if I tried.

I asked them what they think the dogs get up to when we are at school, Isla said she thinks they sit on the sofa and their possibly drinking tea. I asked them to show me an example of what the dogs get up to whilst we are out and they created this little scene with the Puppy Dog Pals play set – Bob was stuck up a tree and the puppies and kitty had to work together to save him. Have a look at the video to see their imaginations running wild.

Noah and Isla love the Disney Store and the Puppy Dog Pals toys are their new favourites. We have the Puppy Dog Pals play set as mentioned above. The children love playing with these, they come into the bath, in the garden and they play very imaginative games with them. It is lovely to hear them playing games and being creative. 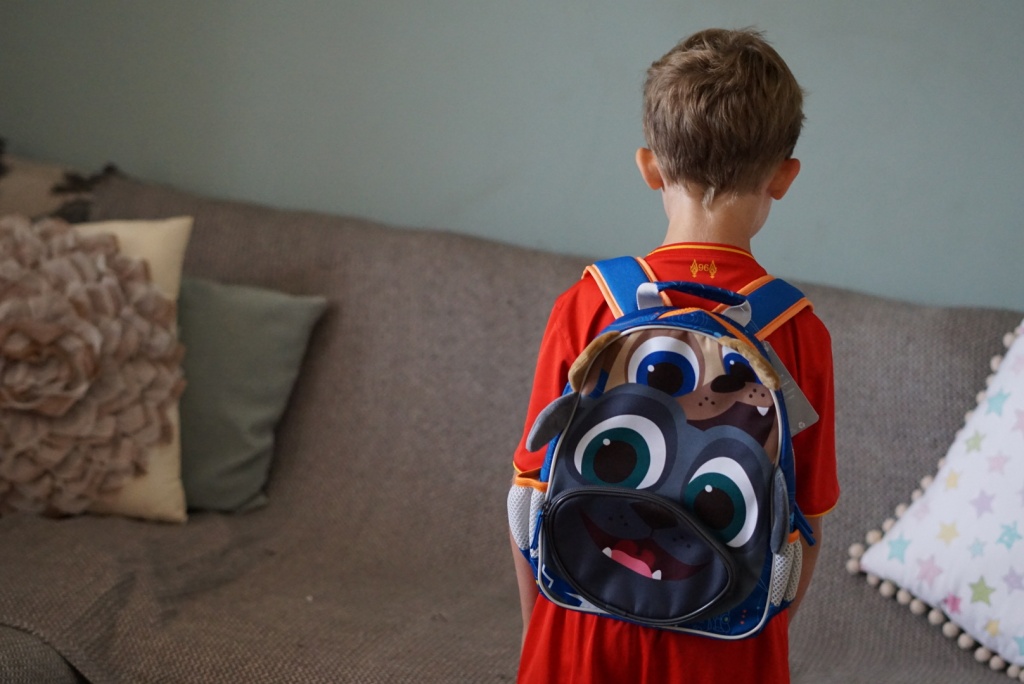 Noah loves his lunch bag, it’s different to usual lunch bags because it acts like a rucksack. It’s perfect for when we go on a bike ride and Noah can put his favourite lunch in it and carry it himself. He also uses it to carry around his favourite toys, this comes in handy when we go camping or a sleepover. It’s a great idea! 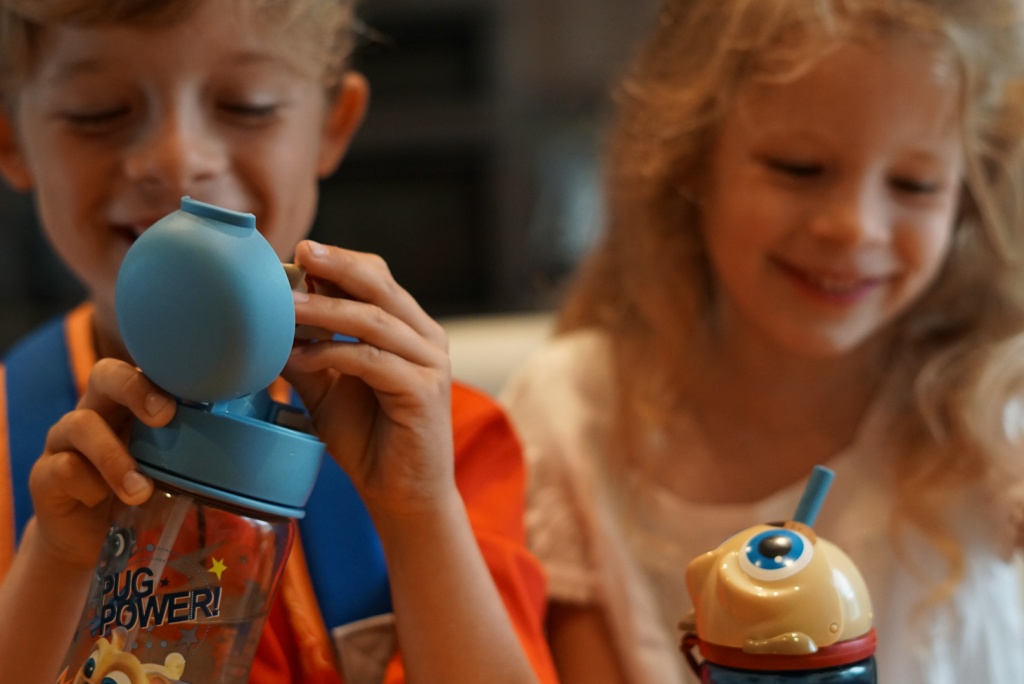 They love their water bottles: we have the flip top water bottle and the Puppy Dog Pals water bottle, with Rolly’s head on the top. They use them all of the time. They are easy to use too, no tipping up or issues getting the drink out, they simply have a straw function and the children find it really easy to use. 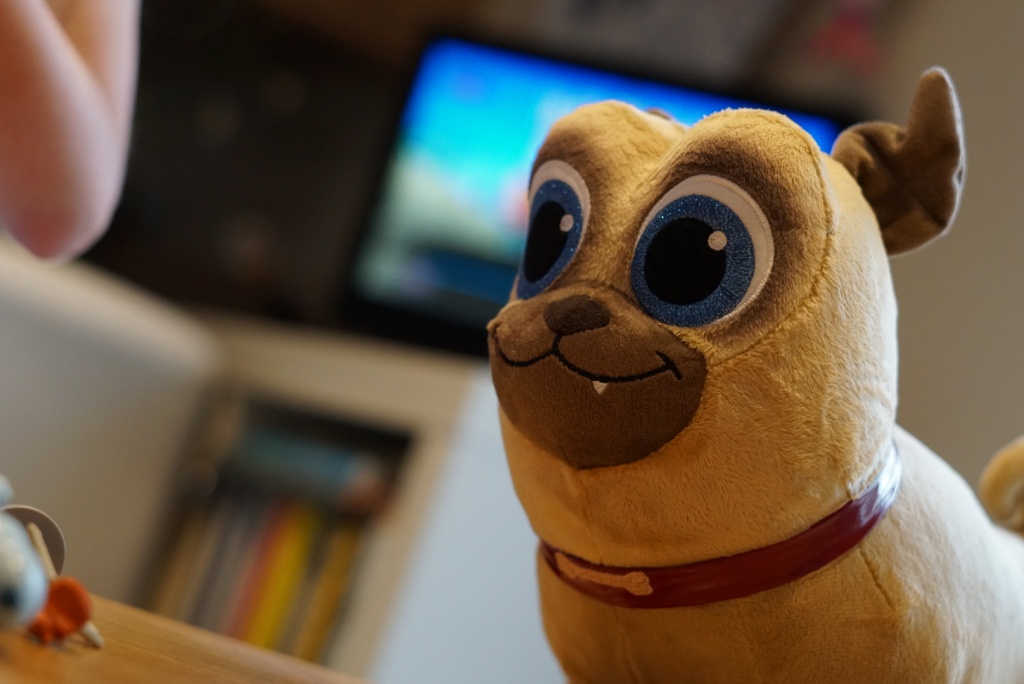 Finally, their favourite soft toys. Isla is a huge soft toy fan and when she received Rolly she was over the moon. There wasn’t even a discussion about who would have what, it was like it was written in the wind that Noah would have the older dog, Bingo and Isla would have Rolly. They were very happy! 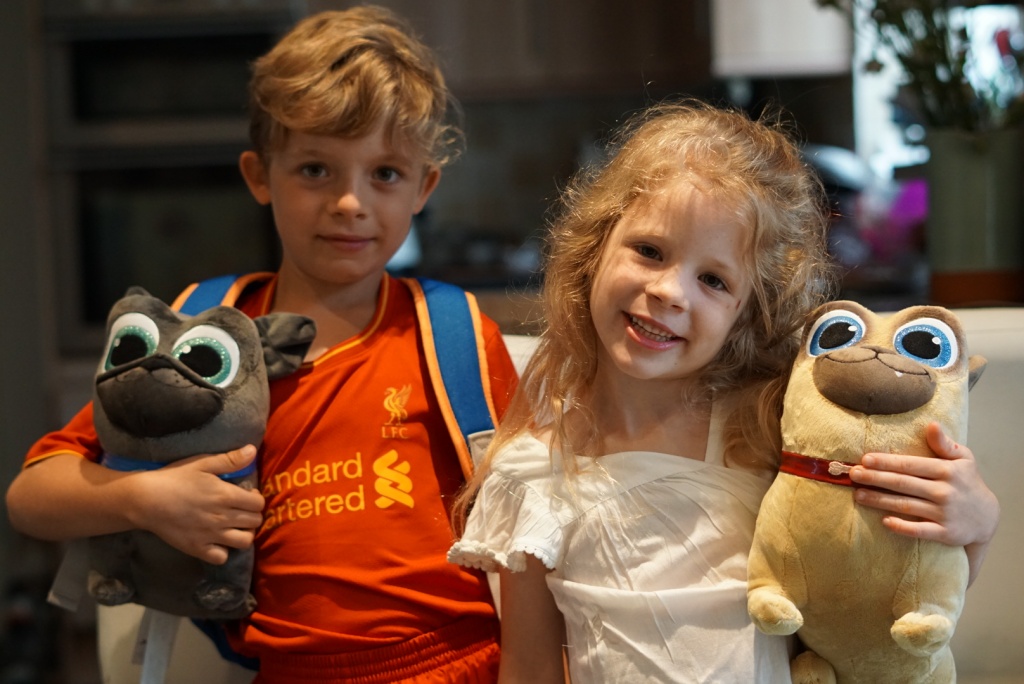 The kiddies would love to know your favourite episode of Puppy Dog Pals and what your dogs get up to when you are not at home? Make sure to leave a comment below or on social media: @mummyconstant.

Mum to Mum: sharing about breastfeeding

A Wintery tale just perfect for this time of year: Snowglobe