I thought it was important to have my family tree, so that when Noah and baby numero 2 grow up, they can see where they came from and from who!

It all started about 5 years ago when my grandparents were discussing the fact they had family that they didnt know, my Grandad had 2 sisters which he lost contact with about 40 years ago and they were not sure what had happened to them. This gave me the motivation I needed to get going! After sitting down with grandma and grandad for a couple of hours and finding out the basic bits, I was able to get involved in websites and subscriptions, census’ and certificates to track down the Bentley line for my Grandad.

This was the last photo my Grandad had with his 2 sisters when he went over to visit them in New Zealand, this was the last contact he had and he only managed to get there due to a posting whilst he was in the RAF.

Well, I started off by finding out about my Great Grandma, Amelia Rosetta Stockley, and sourcing the records for her birth, marriage and death and then expanding that search out to her children, my grandads sisters and brother. My grandads family history and life story is absolutely fascinating and Ive told him at the ripe old age of 89 he should write a book about it. His brother toured New Zealand as a lad and kept a diary of his journey and what he discovered, which I have nearly finished transcribing. Its simply fascinating! After locating the birth records for his siblings, I was then able to start tracing his sisters over to New Zealand where my grandparents knew they had gone back in 1948. It turns out, unfortunately, that I was late in locating them and I came across their burial documentation in Wanganui, which also led me to the cemetery where they were buried and I was able to speak to someone who worked there. They were able to check the plots for me and got back to me with details that it was indeed my Grandads sister, Alice. I knew Alice had a son called Mike, a memory my grandparents told me as they had met Mike many moons ago, so I looked through the New Zealand white pages to find the Mike in question and came across someone in the Wanganui area fitting the description, so, me being me, I called the number! I made sure to call when people are awake in New Zealand 🙂

After the initial shock, on both parts, I was deeply excited to know that I had in deed contacted the right Mike and that he was in contact with Mabels family too. Mabel being grandads other sister, who sadly had also passed away. 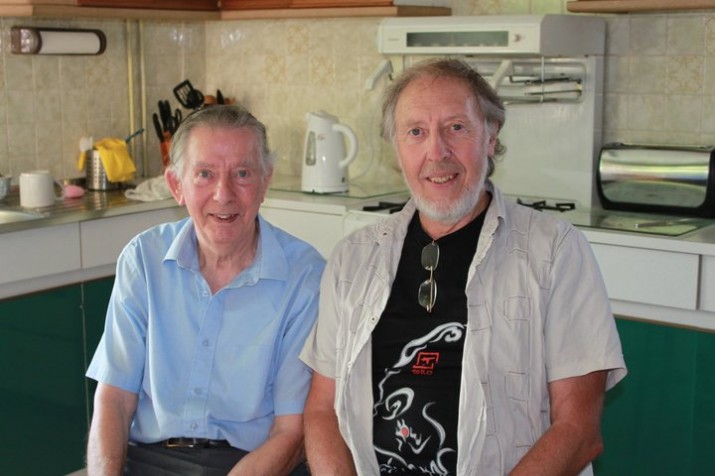 In speaking to Alec, Mabels son, I was able to introduce our Bentley line to them and this led to Alec and his beautiful wife to come over and meet the family in 2009, whilst I was carrying Noah! It was a fantastic time and an absolutely amazing feeling, knowing that because of the years of work I had put into finding his family, I did and there they were together in grandads kitchen! I think that’s probably one of my greatest, private achievement’s, not many grandchildren can tell their families that they helped their grandad find his nephew from thousands of miles away.

My grandparents in the front row and Alec and Judy in the back row, I was overwhelmed with how much Alec and my grandad looked alike – you can tell they are family! 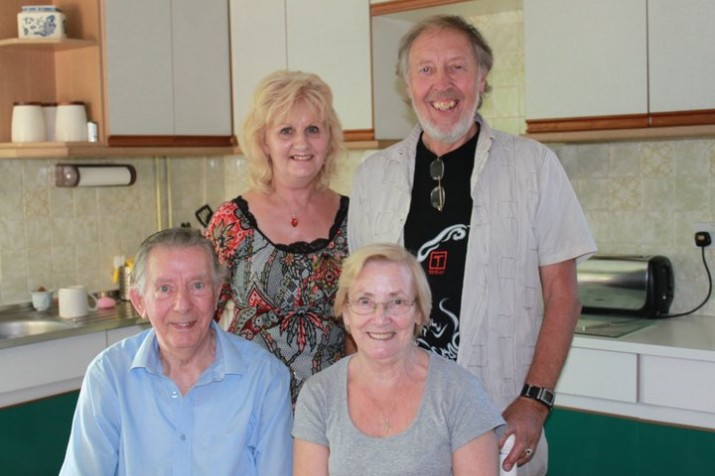 I think anyone that is contemplating finding their family members and researching their trees, should definately pursue it. I haven’t looked back at any point in doing mine and I am still going strong 5 years on…

I would be happy to help anyone get started into looking into their tree, or help with more complex matters, I think its such a good thing to have and especially because I have my own children now, I think its lovely that Noah will know where he came from.

It’s been a while…

Where the breads at!