This is one of those games that is best played before everyone has had their second glass of wine. There is quite a lot of things to consider when you first play this board game. There are a lot of icons that you must learn to be able to put the concepts together. There are multiple ideas you can make up too, so a lot of layers to the game. It’s incredible when you get going though.

You have a big green question mark that you place for the main concept, so if the main point of the item from the card is that it’s a food, then the main concept is the food. A sub concept maybe where it comes from, or a colour etc. The demonstration object that comes with the instructions is Tomato Ketchup. The concept from the icons being its a liquid, food and red. So you have to work out what that could be. 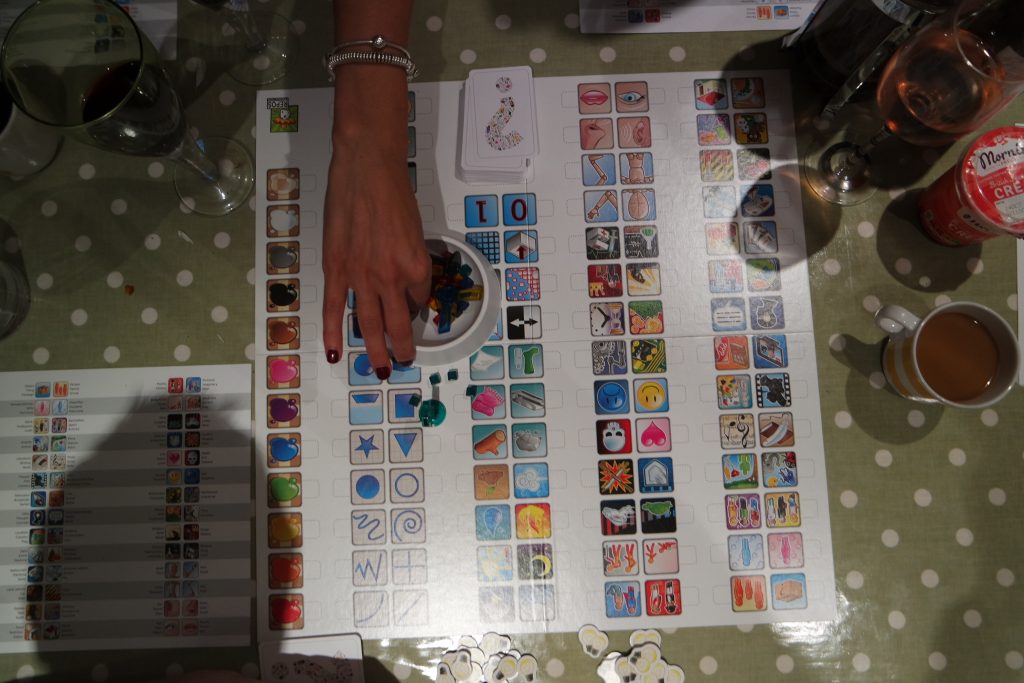 We worked in teams, which was great fun as we helped each other through the ideas and you end up feeding off someone else’s guess. The lightbulbs come in two styles, single and doubles. You win a double for guessing something correctly and single if you laid out concept using the icons on the board. The game ends when all the double bulbs are used up. Whoever has the most bulbs wins the game. 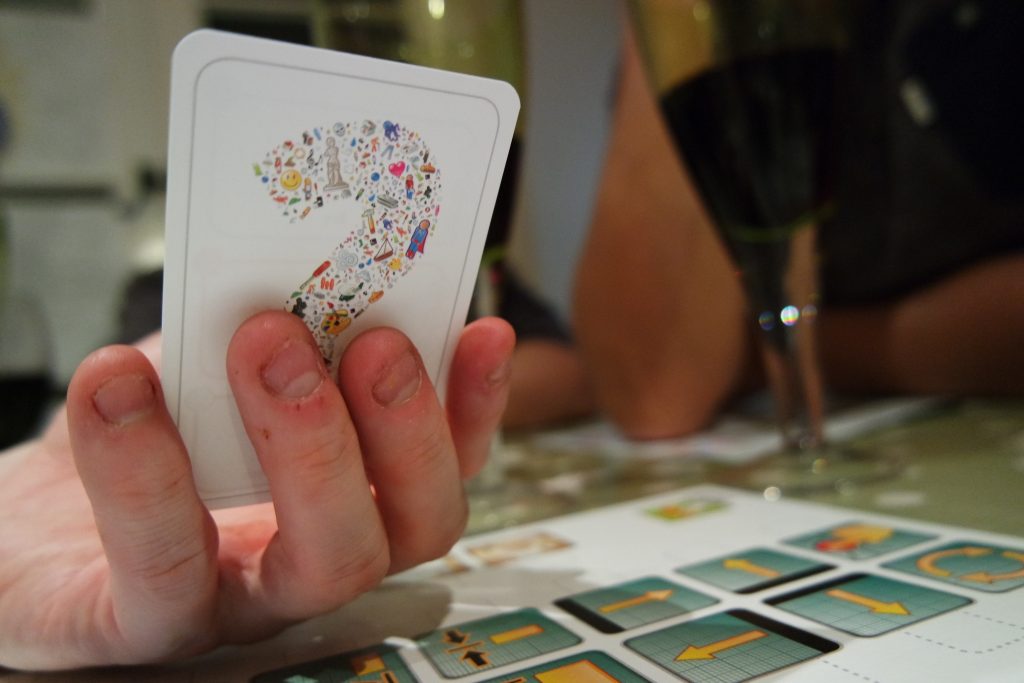 We played the history edition, they come in a lot of different topics (I noticed a Star Wars one on the Esdevium Games website) so there is a topic for everyone. I must admit before we all played this game, we literally thought it would be a no brainer for one of our friends who loves history and that the rest of us would be out within minutes. But the game isn’t designed like that. It’s very clever – even if you do not know exact dates, you can make guesses and still have a really good chance. 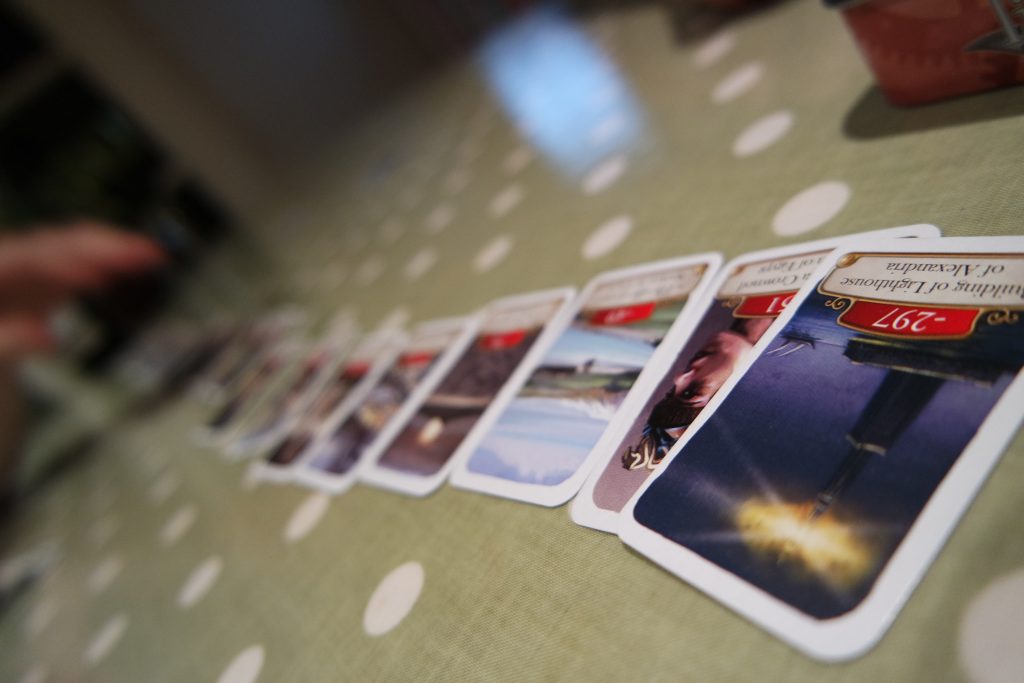 You start off with a card in the middle (date facing up) and everyone gets a hand of cards which they lay out in front of them, with the date facing down (so you can’t see it). Taking it in turns, youngest starting off, you all put a card in the line where you think that particular event happened. When it is your turn you pick the card you want to place and flip it over and place it in the line. If its wrong it goes to the side and you must pick another card from the pack (which sits in the middle). Does that make sense? 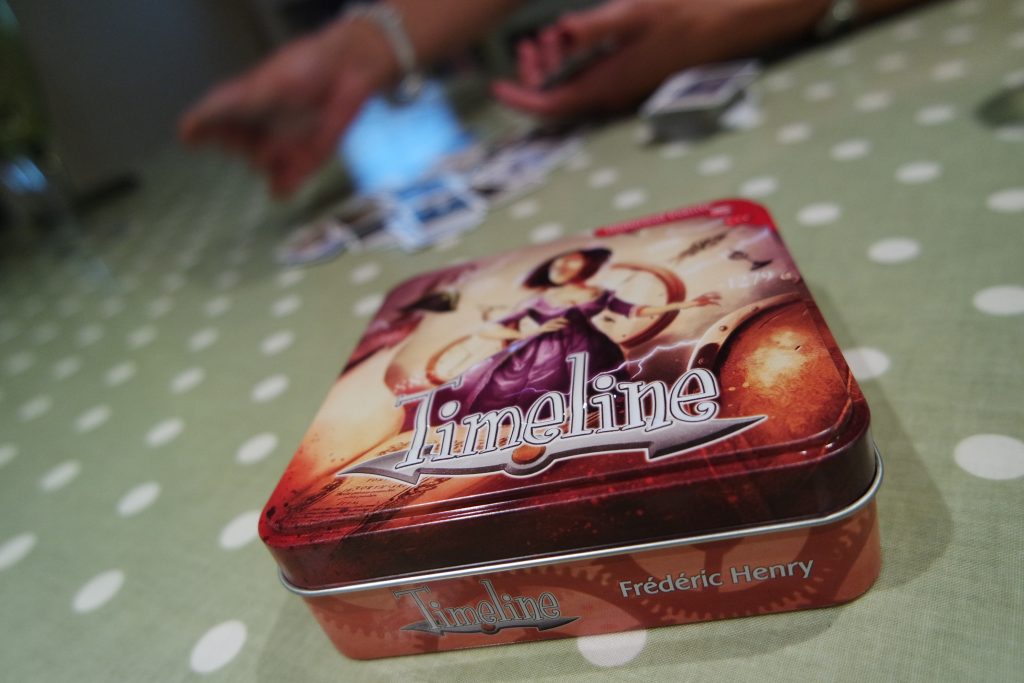 It is a very simple game, although you feel like it might be really tricky before you play it. It was nice to learn some new historic events too. I learnt about the great fire of London, wars and even when dinosaurs roamed the earth. The game lasted about 30 minutes for our first round, we played it again and that went a lot quicker. We then played it a third time and changed the way we played it. For example we didn’t get a choice of which card we put down on the timeline – it was the card at the top of our hand that was played. It was great fun and everyone enjoyed it. 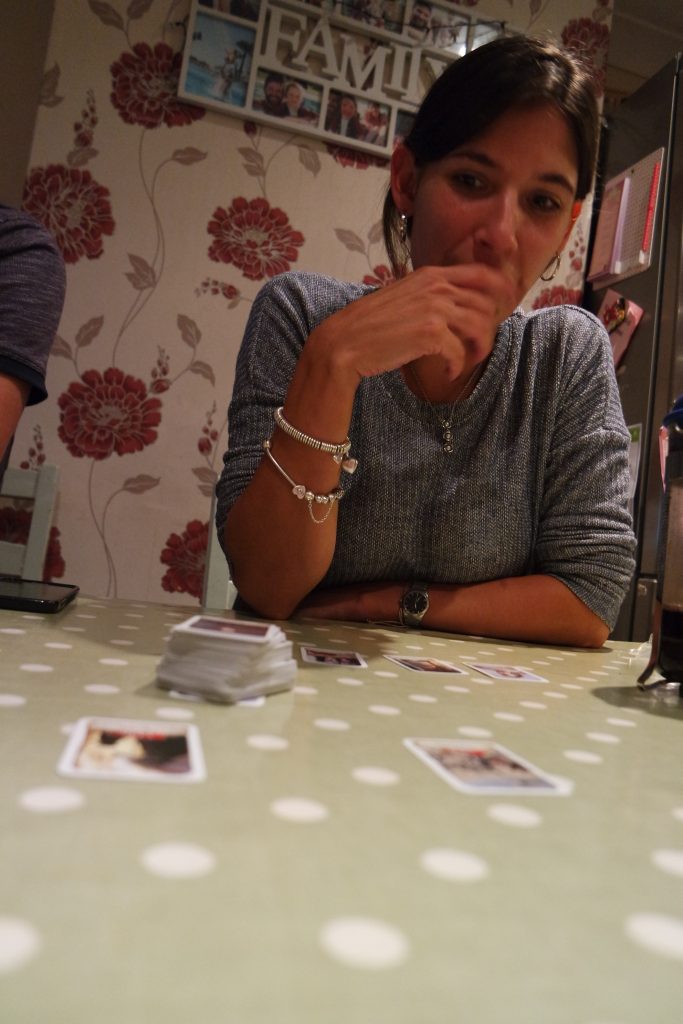 You can buy both of these games on Amazon, Timeline is £15.25 and Concept is £24.99. You can order with next day delivery, if you are hosting a dinner party soon!

I would love to know what you think of these games if you have tried them. They are great for family and friends, they spur on a lot of conversation and laughter. What better way to spend an evening?

A Wintery tale just perfect for this time of year: Snowglobe

Some intriguing fun activities you should indulge in during pregnancy