121 27
Open
As part of our #LittleExplorers weekend in London,

Over half term the new Goosebumps movie launched on DVD across England. I remember reading the Goosebumps books as a teenager and loving them. They were the first “horror” stories I read and I am huge fan of horror/thriller now too, so I guess I have Goosebumps to thank for that. This new movie is all about the monsters and there are a lot of them in it.

Based on Scholastic’s worldwide best-selling book series, with over 400 million copies in print, the motion picture adventure stars Jack Black
(School of Rock) as Goosebumps author R.L. Stine, along with Dylan Minnette (Prisoners), Ryan Lee (Super 8) and Odeya Rush (The Giver
). When Zach (Minnette) unwittingly unleashes magical monsters on the town, he must team with his new friends Champ (Lee), Hannah (Rush) and Stine (Black) to send the ghouls back where they came from before it’s too late. The film is directed by Rob Letterman (Shark
Tale, Monsters vs. Aliens) and produced by Deborah Forte (The Golden Compass) and Neil H. Moritz (22 Jump Street). The screenplay is by Darren Lemke (Turbo) based on a story by star screenwriting team Scott Alexander & Larry Karaszewski (Big Eyes).

The story is set after Zach Cooper (Minnette) moves to a small town and he finds a silver lining when he meets next-door neighbour Hannah (Rush), the daughter of best-selling Goosebumps series author R.L. Stine (Black). Stine is very mysterious and a prisoner of his own imagination – the monsters that his books made famous are real, and he protects his readers by keeping them locked up in their manuscripts. When the monsters are accidentally unleashed and begin to terrorise the town, it’s up to Stine, Zach and Hannah to
get them back in their books where they belong!
We took the film on holiday with us and the older children loved it, little Isla didn’t seem too bothered by the monsters though which was good. I suspect these stories will be a favourite for Isla too when she’s older. We had fun with the party goodies that we had too, it was nice seeing the kiddies using the Goosebumps writing set and playing with the toy gnomes. 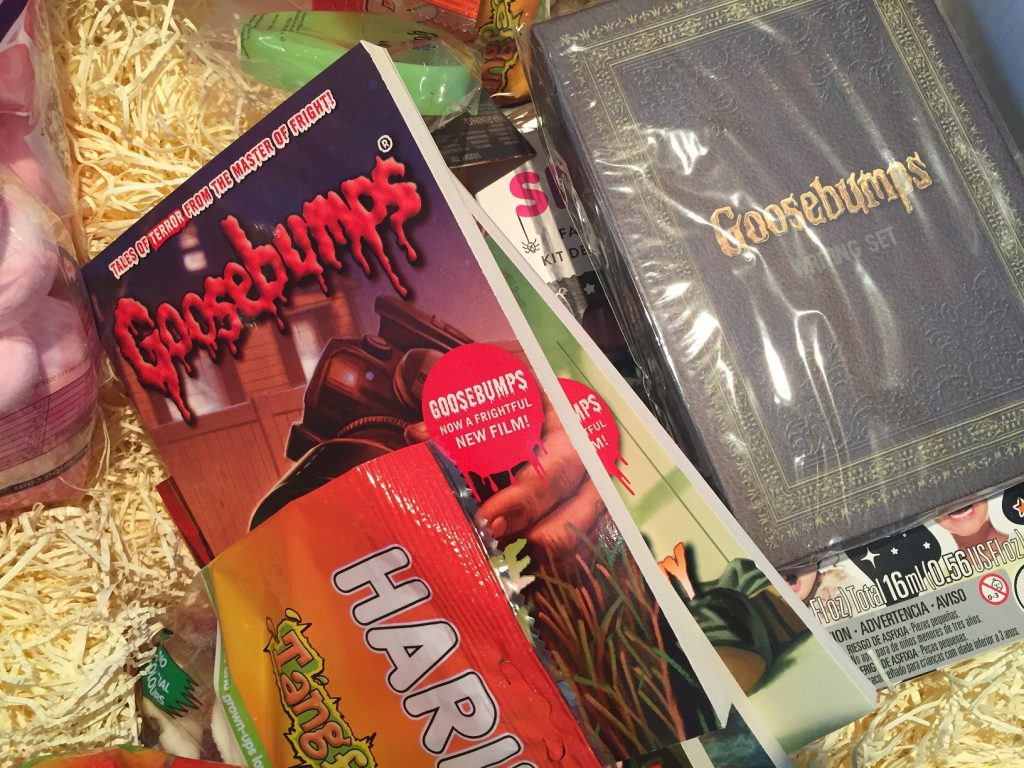 If you have face paints to hand, why not try painting your kids faces as slappy – I would love to see your photos on social media too, tag me @mummyconstant.

Out and about with the perfect backpack

Is there more emphasis on subject mastery than grades in homeschooling?

How to revamp your life this Summer