If you like the web series Project Mc2 and you like Adrienne Attoms, then  this is the spy bag for you. It looks just like the bag she wears in the show! If you want to take role play to the extreme at home and pretend to be a secret spy on a mission to save the world – you have to try this bag. It is a lot of fun!

What is Project Mc2?

Project Mc2 follows McKeyla McAlister and her best friends, who all work for a Government organisation called NOV8. They are a top secret group of girls who are trying to protect the world. It’s lots of fun and Isla loves watching it as she aspires to be Adrienne. Use the Project Mc2 Ultimate Spy Bag on your secret missions, just like Adrienne Attoms in the Netflix original series. Prove you have what it takes to become a top NOV8 agent!

What is inside the spy bag?

Isla took the opportunity to make some fab potions, she said it was a truth potion to stop people from lying! I thought that was a great idea. She sat for hours making different potions. She loves it! I love the way the spy bag opens up into a little transportable laboratory. 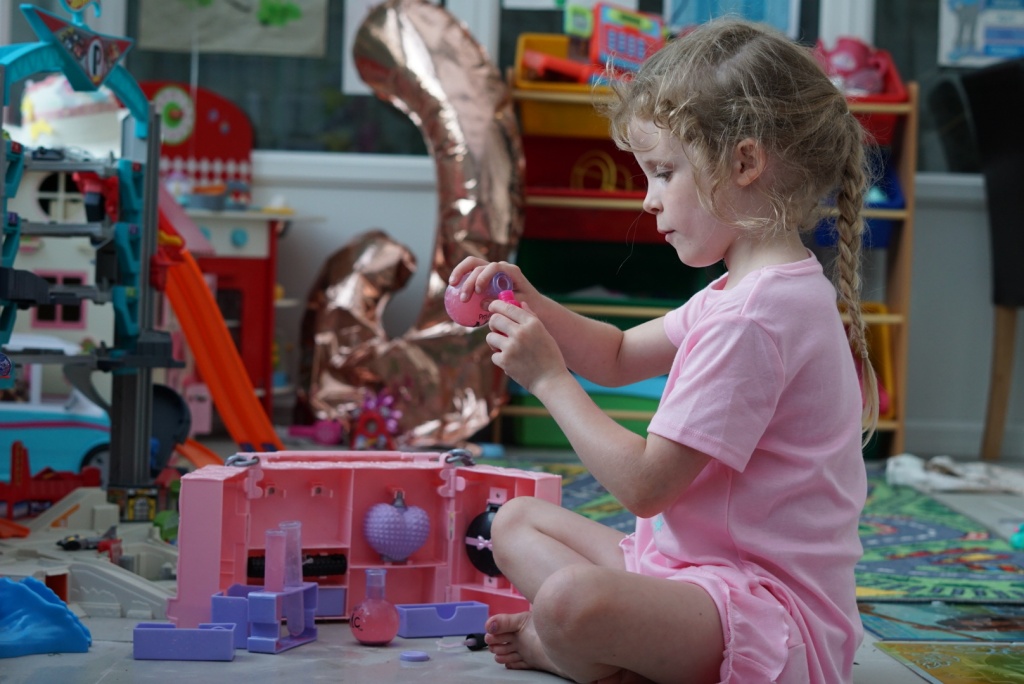 Forensics is the use of science to investigate crimes and analyse evidence. Investigators use many different areas of science – including chemistry, biology, and physics – to help crack cases. Fingerprinting is one of the oldest methods they use. A fingerprint is created by the oil residue left by a person’s finger. Because the ridges on fingertips are unique to each person, studying the patterns left behind by a fingertip help investigators figure out the culprit! Download the Project Mc2 Case Files iOS app to test out your sleuthing skills!