Unleash your Crate Creature and free your beast 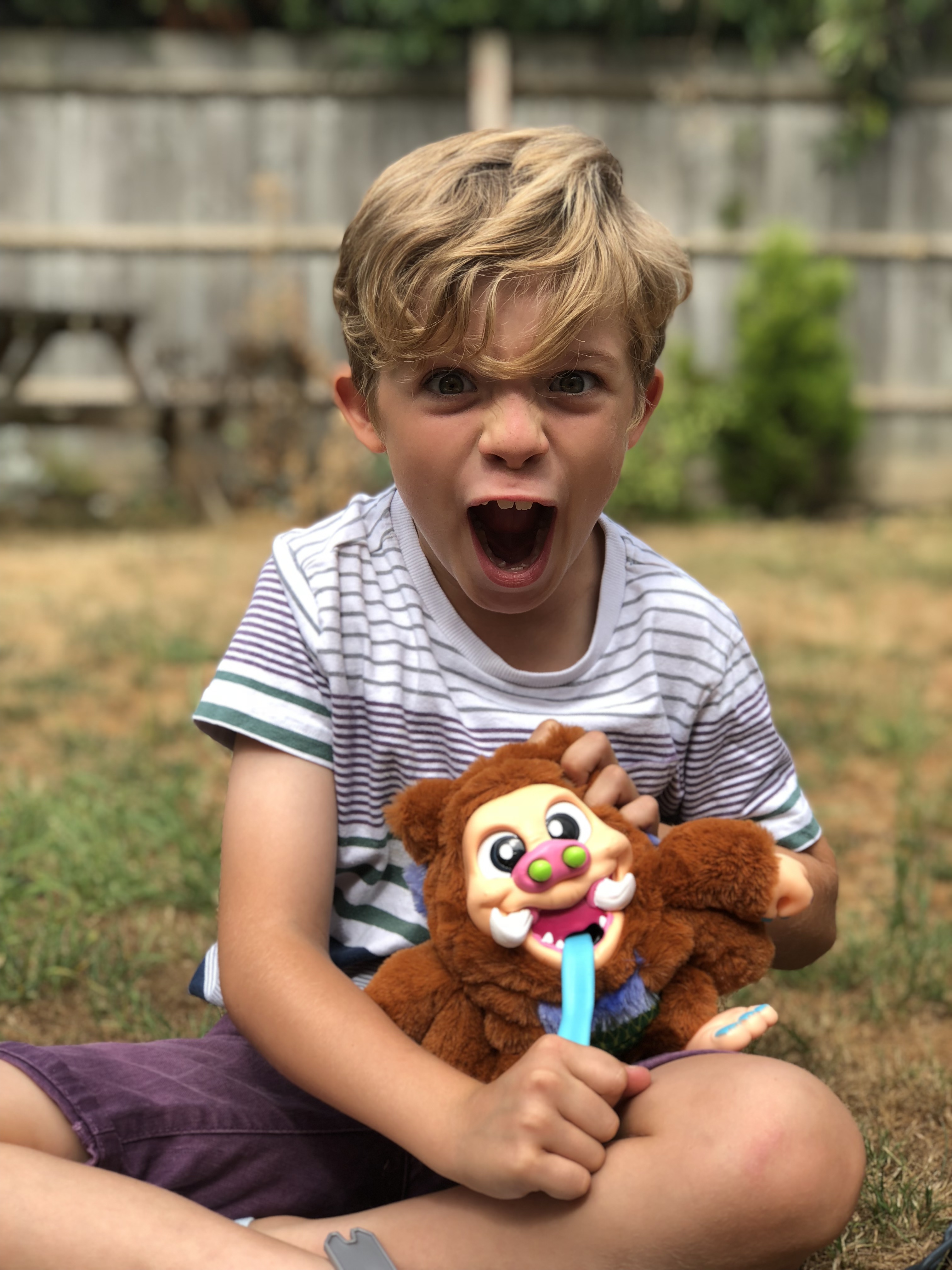 Crate Creatures are scary little beasts that live in a cage and they do lots of fun things when you set them free. Noah certainly unleashed his beast when he set Snorthog free. He loves playing with this creature from the crate and it’s fab as he has somewhere to be tidied away!

What do they do?

Firstly you have to open the crate, using the special tool. Then when you’re creature is set free you can do lots of different things with him. These funny little creatures have over 45 different noises and you can record a 10 second clip of your own voice too. There’s a button on his back which pushes the snot from his nostrils, which Noah obviously loves and if you pull his tongue he shakes like he’s about to explode. They come with their favourite food which they devour when you put it in their mouth. You have to add 3 AA batteries when you first open up the beast from the crate.

Swinging in from the muggy jungles of Tuskk, meet Snorthog, the bog warthog who loves nothing more than digging up treats to eat and blowing out fantastically unpleasant boogers! Unlock him from his crate to discover the slimy snot that squirts out of his nose, knock him over for his snotty growls and record your own message to hear him grizzle back. Listen to him crunch on his corn dog with over 45 unique sounds of appreciation for his favourite food. Take it away before he’s had his fill though and watch his four furry arms flap up in horror. Get him back in his box, and lock him up before he gets too mad.

There are 4 creatures to create: Snorthog, Sizzle, Blizz and Pudge. They each have their own favourite foods and fun things.

Each Crate Creatures costs £39.99 and they are available now at Smyth’s Toystores www.smythstoys.com.

It’s the first day of Spring

5 ways to keep your kids busy whilst travelling

Preparing for your first baby

I know I am not the only one to worry…