I have to be upfront, when I was told we were getting Bananagrams to review, I was a little sceptical about how good it was going to be as I couldn’t see how different it could be from other word based type games, but I was very pleasantly surprised. I brought it out at a recent dinner party I held and everyone enjoyed it so much we played it until it got too dark to play anymore… 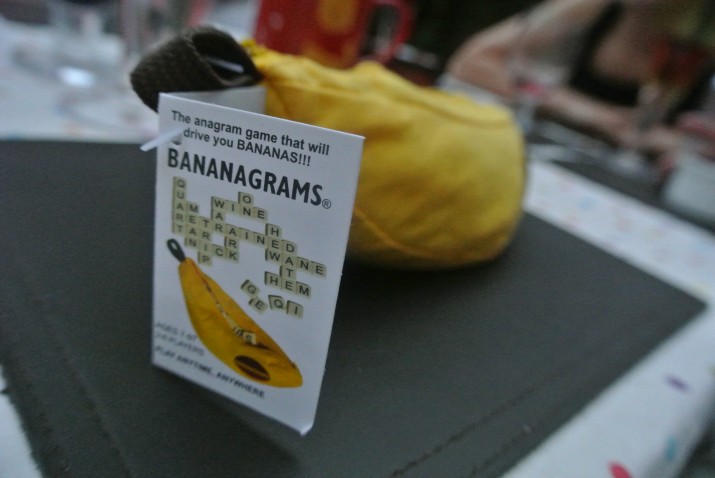 So the gist of the game is that you have a handful of words, in our case for a game of 6 players, we have 15 tiles to start off with. You choose the 15 tiles out of the middle pile of tiles which is called the bunch, you do not turn your tiles over until everyone is ready & someone shouts “Split”.

When split is shouted you have to organise your letters to make a crossword of words, you are constantly looking at different words you can get out of your letters – that’s where the anagram part comes in! 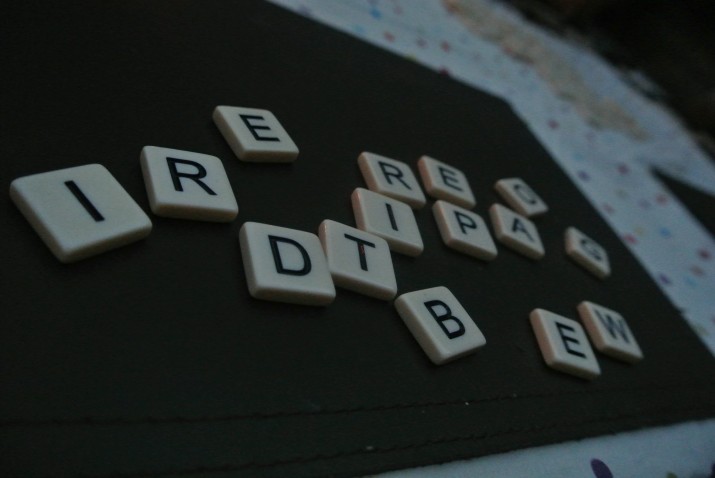 It is great fun, especially when you are playing against others who are equally as good as you, it makes the game that much more competitive. 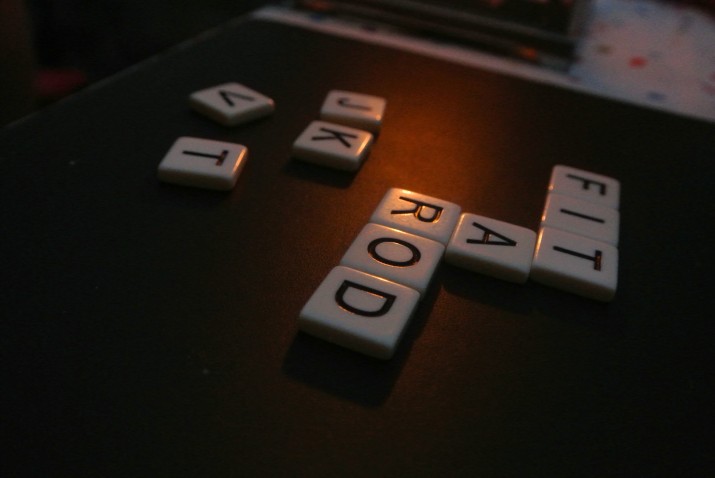 So, its not as easy as just that – there are a few things that prevent you from winning too quickly: firstly the game isn’t over until all of the tiles in the bunch have been used up, when you cannot make any more moves and all of your own tiles have run out, you take one from the middle and when you do that shouting “peel”, everyone else has to pick another tile up too and finally if you get a tile that you cannot use – you can put it back by saying “dump” which means you pick 3 up in its place. 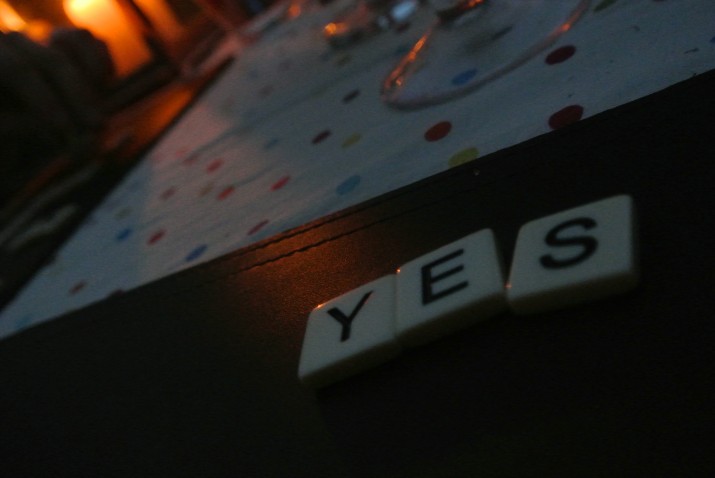 Its a great game, we played it for hours and I even won a few rounds, which I was happy about not so secretly… its nice to unwind when the kids are in bed!

Spring Cleaning – 5 tips on the big deep and green

The Greatest — How to Create the Best Holiday Memories

5 Ways you can look after yourself this month

Setting your sights: where to look for your next move

A little bit of Nemo at bathtime