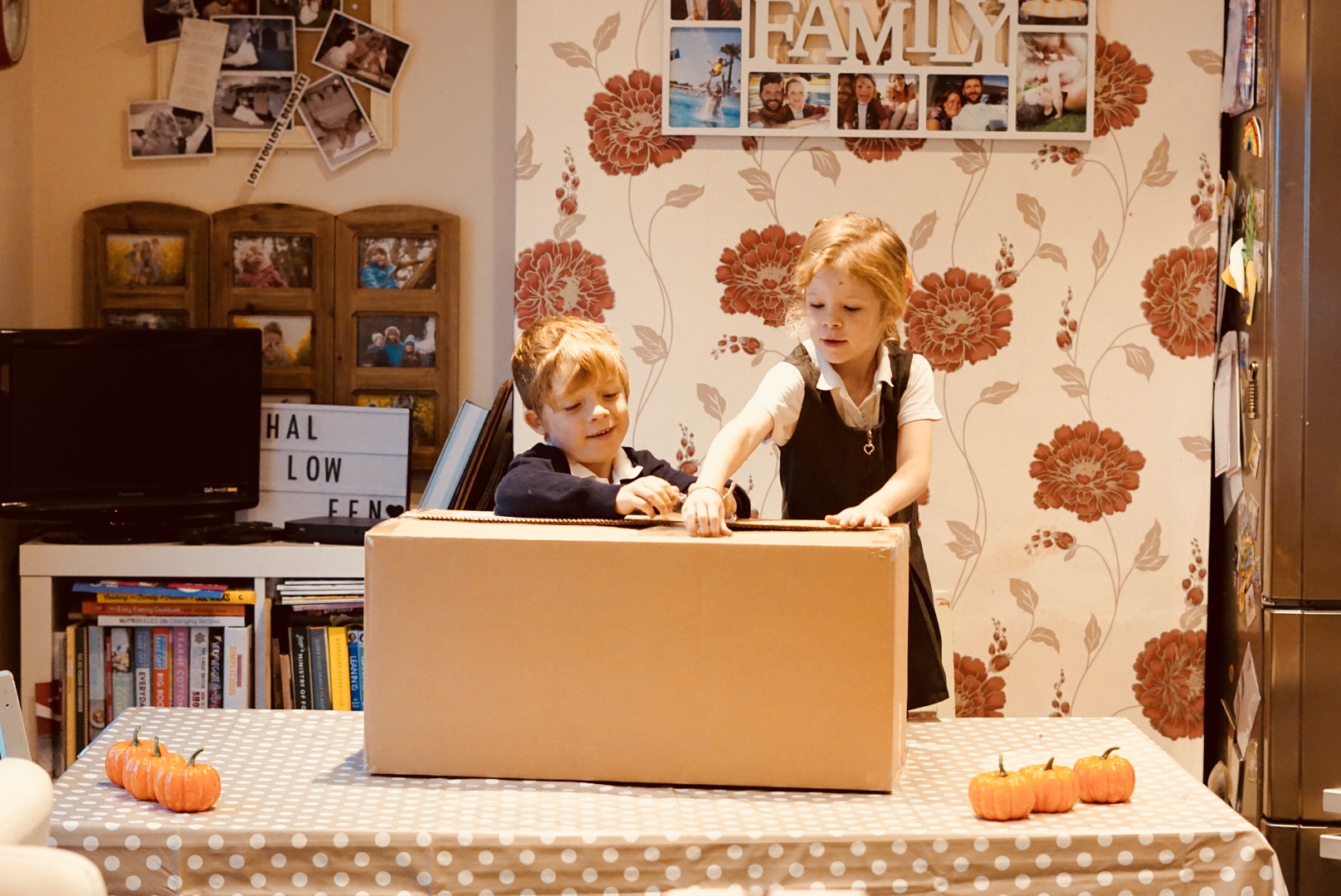 Noah and Isla love unboxing things, especially fun toys. They had no idea what was going to be inside the box. Neither did I. I love seeing their excited faces when they finally get into the box. It’s like that magical beam from ear to ear that happens on Christmas Day morning. Inside the box they found lots of fun Scooby Doo goodies and what a perfect time to receive them too at Halloween.

What’s inside the box?

So many great toys for the kiddies to play with over the next couple of weeks, including something fun to dress up in when we go to Devon for the weekend. They really enjoyed the huge surprise that awaited them and we are looking forward to playing with the toys too.

This is a really cute toy – the kiddies loved feeding him the pizza and a cheeseburger. This interactive soft toy by Character Options will keep the kiddies entertained at the weekend. He knows when someones getting close, so he will warn people off of his snacks. When you press his ears he has different functions: he’ll ask for a specific snack and get cross if he doesn’t get the right one!

These cute Vinyl characters by Funko are really adorable. The kiddies got Scooby Doo, Shaggy and Velma. Obviously Isla had Velma. They are about 3 inches and collectable. You can play with them or simply put them on display. The children went into role play mode where they put on the voice for Scooby Doo and Shaggy. It reminded me of when I was young and I used to do that too.

Noah loved the Scooby magazine, it came with a lot of cool free gifts too. Panini really do make a good magazine. It is full of fun activities for the children to do like puzzles and crafts. It has some comic stories, fun fact files and posters. Something for both Noah and Isla which is really nice to see. Great price for £3.99 too!

Warner Bros Home Entertainment have released a cool Scooby Doo DVD, it’s a twin pack too. It is great because it has some of the kiddies favourite shows on it. I love the themed DVD’s that they make for Scooby Doo: Halloween themed or Winter themed for example. Great idea for a Scooby Doo fan.

Switch up your style with Mini Lalaloopsy

A perfect summer for princesses

Getting the family ready to attend a wedding

Choosing the right toys at Christmas with Kiddicare

Learning Resources have an offer for you!