As some of you may have read a few months ago, we recently moved the children into one larger bedroom. A few reasons really: mainly because Isla found it hard to get to sleep on her own and secondly because Isla had a tiny bedroom. We moved them into the one room and we made sure they each had their space. This post is all about their latest addition to the shared bedroom: their bunk beds.

Once we had the room divided into two: boys toys by the superhero themed wall and Isla’s corner by the cloud wall. We thought the next, natural step was to get them bunk beds. It really has transformed their bedroom too. Noah was getting a bit too long for his toddler bed. He is nearly six, so that is understandable. 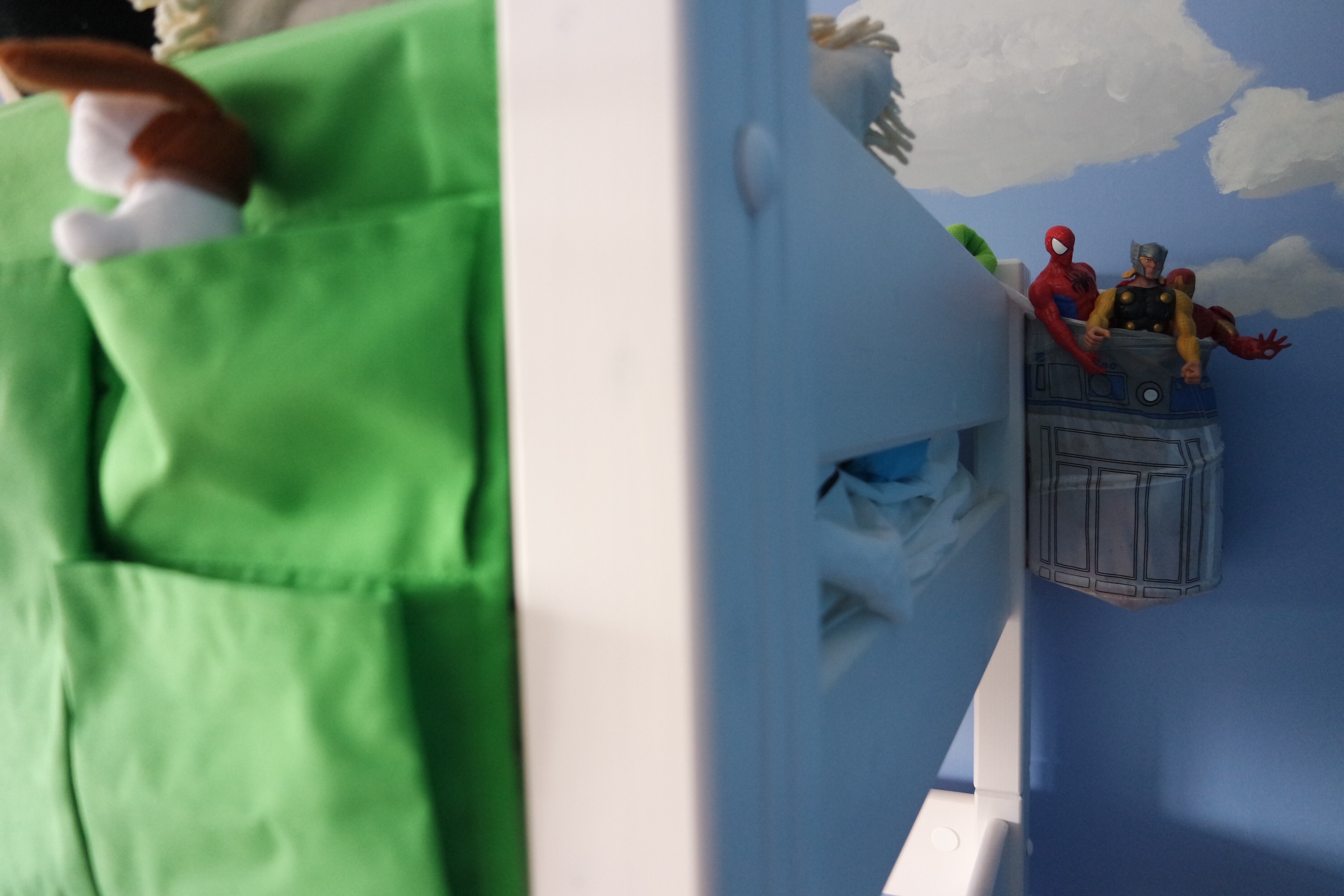 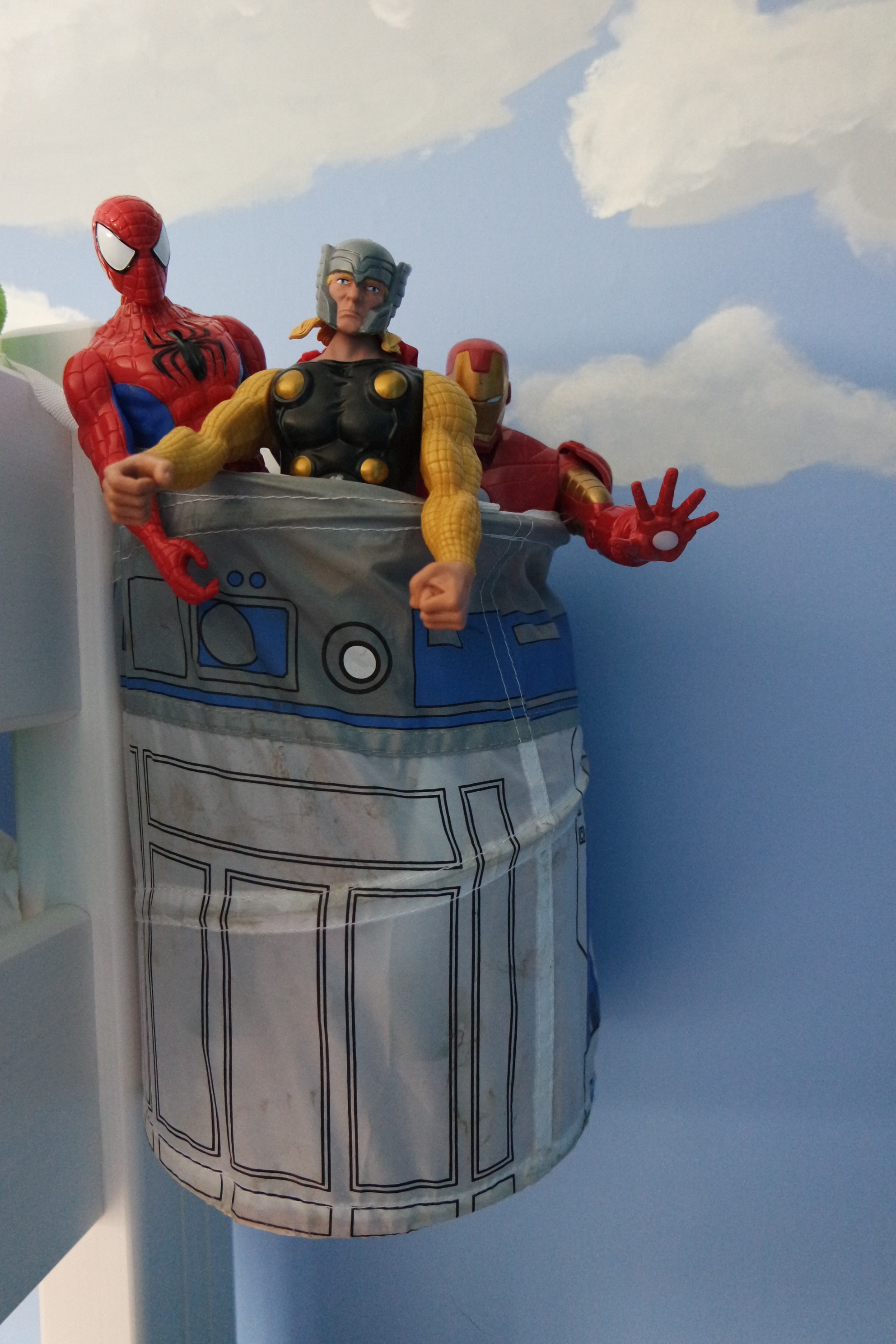 We found ReallySpruce online and the one thing that jumped out to me was the quality of their beds. They looked sturdy and I love the fact they have rounded edges. When you have clumsy little ones like mine, you need the rounded edges. We really liked the look of the Sendy bunk bed, in white. It comes in different heights, but for now we decided to stick with the shortest bed. Noah has never slept in a bunk bed before so we didn’t want a huge drop to the ground. Just in case! I love the fact this bed can be used as two separate beds as well. The ladder and side panel easily remove to make two single beds. 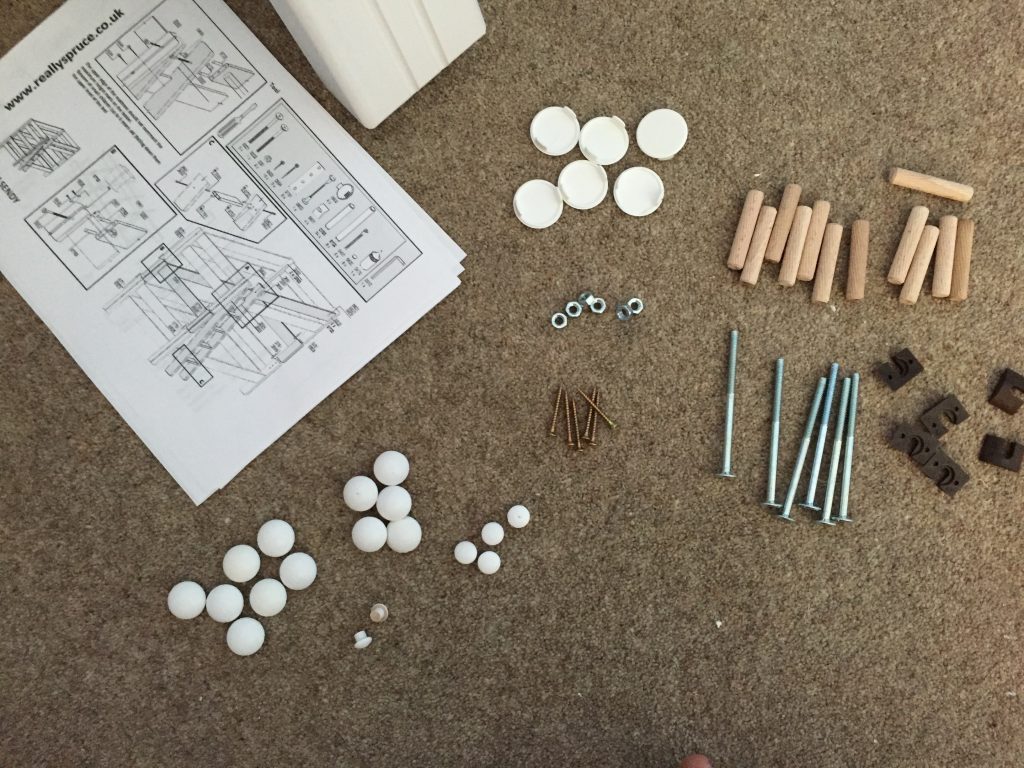 Once ordered, the bed arrived with in a week and came flat packed. The bed was boxed up logically though, which helped. The beds were in there own box and the slats were in another box etc. The bolts and nuts were in bags too so they were easy to find. Daddy helped build the bunk beds and all in all it took us about 2.5 hours to get it built. The children sat and watched for the most part as they were so excited. When they finally saw there beds, they both said “WOW”. 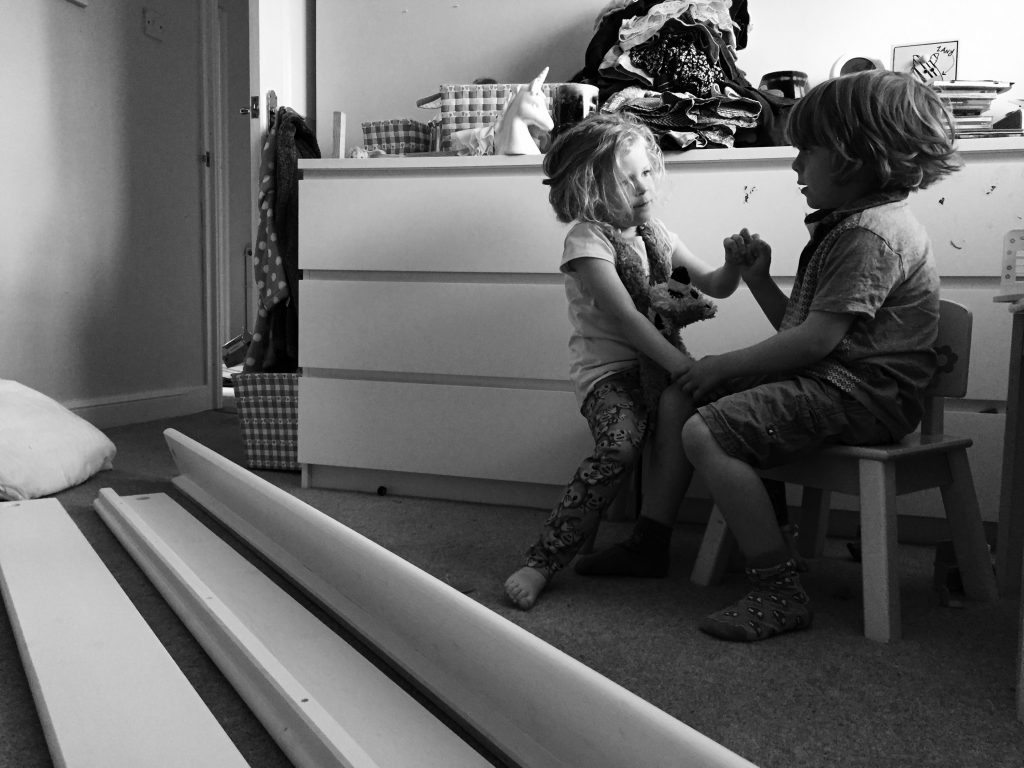 It made such a difference to their room. They have a lot more floorspace now and Noah loves his top bunk space. We are going to give him some shelves and he has his special toys up there.  Whereas Isla has her cuddly toys on her bed. They fit now as her toddler bed was a bit small. She loves it. It’s also great to have space underneath the bed, I can fit their bedding and extra blankets for winter under the bed now. 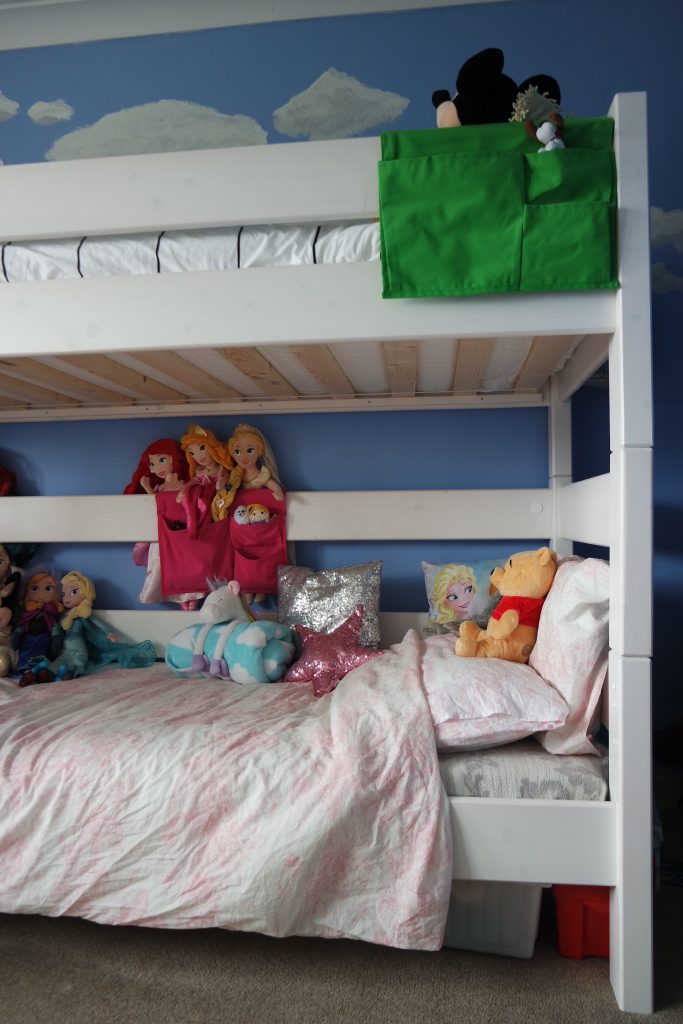 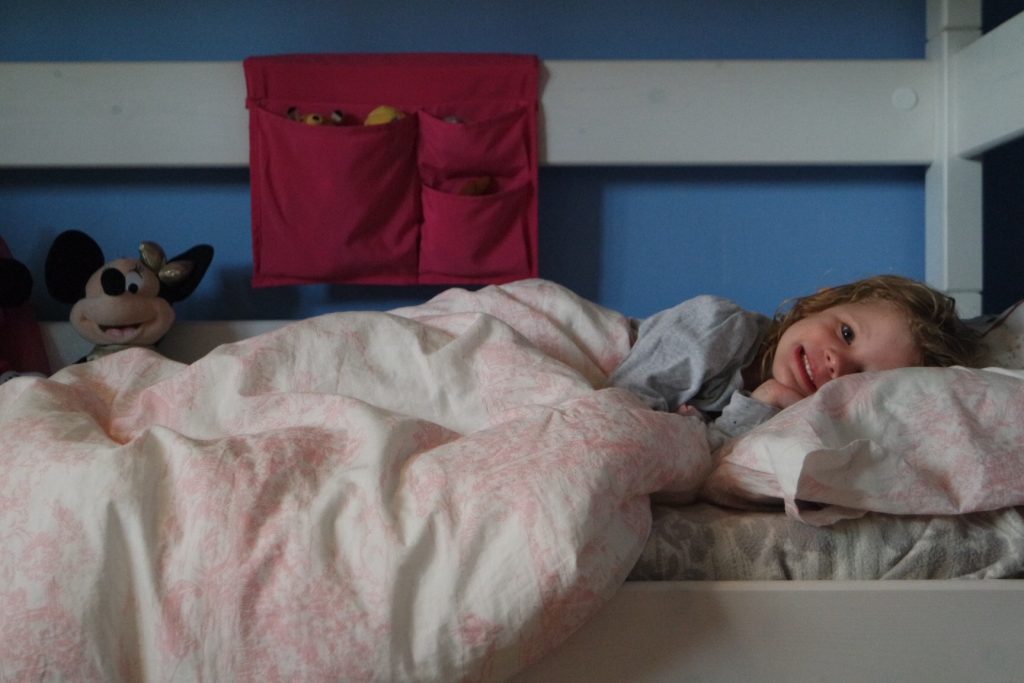 I have heard them talking at night time about their beds. The first few nights they told each other how much they loved it. It was cute to hear. They play little games with each other: throwing teddies from the bottom to the top and vice versa. Isla tries to get up there sometimes, but they know the rules that they must not muck about with the ladder and bunk beds. We have to be safe. It’s nice at bedtime as Daddy gets on the top bunk and both children lie by his side. It’s nice seeing them all snuggled up together. I dare say one night, they will all be asleep up there! 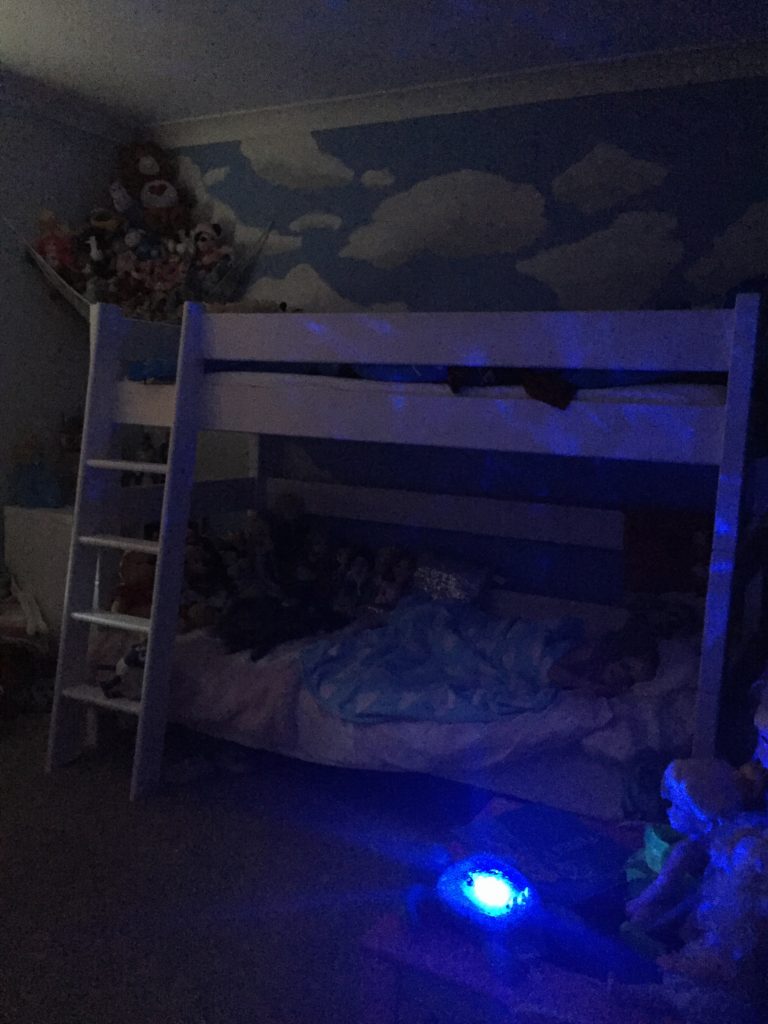 The 155cm high Sendy bunk bed, in white, costs £432. The size of the bed is 90 x 200. Which isn’t a regular English size. But you can get mattresses and duvets in that exact size from the ReallySpruce website and IKEA also. The quality of the bed is fantastic. The wood feels sturdy, but not too heavy. So if the children bang their head on the wood, you know it will not hurt as much. The top bunk feels very safe for Noah. The ladder is secure on the side and the side panel stops Noah from rolling on the floor in the night which is great. 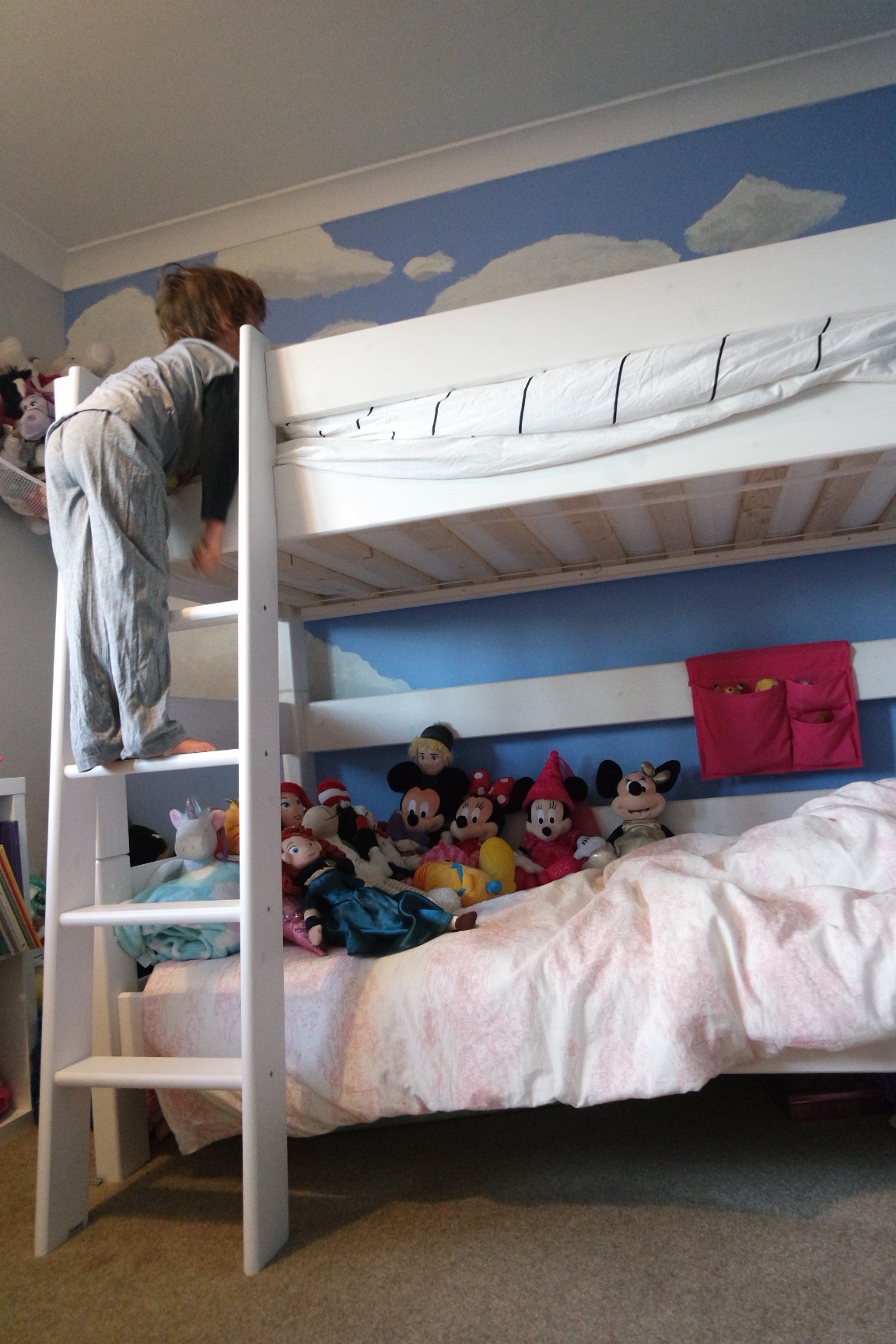 Summer is not over, stock up on your SPF

How to make an award winning Waffle tastic breakfast!

Give your Home a Mini Makeover with New Windows

Decorating advice for rooms in your home

What are the symptoms of a dusty home?

Summer is not over, stock up on your SPF